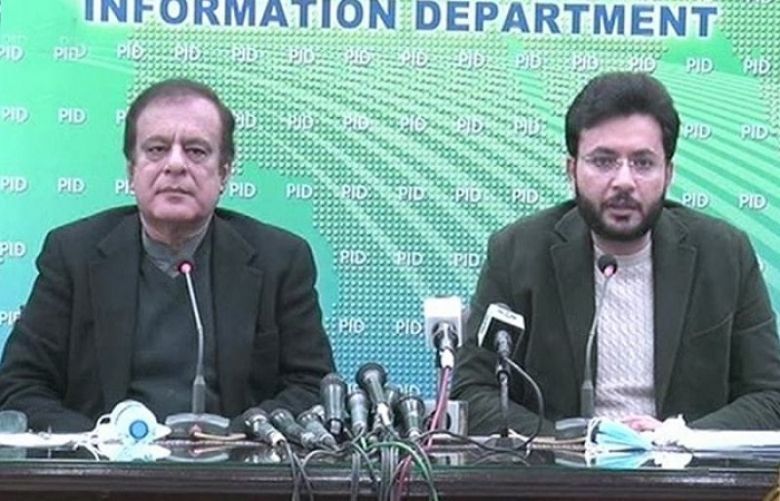 PTI leader and federal Secretary for Railways Farrukh Habib said on Sunday that bookkeeping and maintaining of financial records and transactions for submission to the Election Commission of Pakistan (ECP) were incumbent on all political parties, and the investigation of such records concerned not just the ruling Pakistan Tehreek-i-Insaf but all political parties.

He was addressing a press conference in Islamabad along with Information Minister Shibli Faraz regarding PTI's foreign funding case and the Pakistan Democratic Movement's (PDM) planned January 19 protest in front of the ECP.

Habib said the matter was an "open-and-shut case" which left no room for confusion since under Article 6(3) of the Political Parties Ordinance and Article 17(3) of the Constitution, all political parties were duty-bound to maintain financial records and submit them to the ECP. "This is [a matter for] all political parties especially the PPP, PML-N and JUI-F," the federal secretary said.

He added that it had been four years since the formation of a scrutiny committee which was hearing a case regarding details of the aforementioned parties' financial records and receipts. The ECP has issued three written orders for the parties to submit their records yet they have failed to provide any, Habib said.

"Inform us of your real means of income, meaning are these [the sources] through which funds have kept coming in your party?" the secretary said while addressing the opposition parties. He asked the parties why they were "so afraid" to present their records.

On similar lines, Faraz said as far as the PTI foreign funding case was concerned, the party had submitted records of its donations for elections to the ECP scrutiny committee ever since the orders of the Supreme Court. "These are 40,000 entries of names, addresses, numbers [and] authenticated transactions which came through proper banking channels and deposited into party accounts," the minister said.

He said it was required of all political parties to submit financial records of the last five years once they received their election symbol from the ECP yet "in the past, institutions were manipulated [and records were not submitted]".

The foreign funding case against the PTI was filed in November 2014 by Akbar S Babar, a founding member of the party. The case relates to allegations of undisclosed foreign funding of the PTI.

The PTI maintains it manages its funds with "complete transparency". In a recent development, the party adopted the stance that if any illegal funds were collected through two US companies registered after Imran Khan’s written instructions, then the responsibility belonged to the agents managing the two limited liability companies.

"In their attempts to trap us, they've themselves become trapped," Faraz said, referring to the parties in the PDM. "We've presented all our records upfront, and now when the discussion has turned towards them to provide proofs of their funding [...] they haven't provided any answers to the scrutiny committee."

He said the opposition parties instead of giving answers to the ECP only pointed fingers at the PTI. Referring to the PDM's Jan 19 protest plan, he said the opposition parties and their leadership were obligated to instead present themselves on Monday and provide all relevant details asked of them so the nation could know "who are the liars". He termed the protest announcement as nothing but a "stubborn effort to mislead the people and pressurise institutions".

Shibli said the PDM's journey was based on "nothing but threats" and the movement had already become a thing of the past. After playing every available card and suffering defeat on every front, he said the opposition had only one card left, "to repeat a lie so much [...] to give it the impression of a truth".

Habib, meanwhile, asked the opposition what grounds they had for the Jan 19 protest, saying they were "trying to take the cup for a match in which they aren't even petitioners".