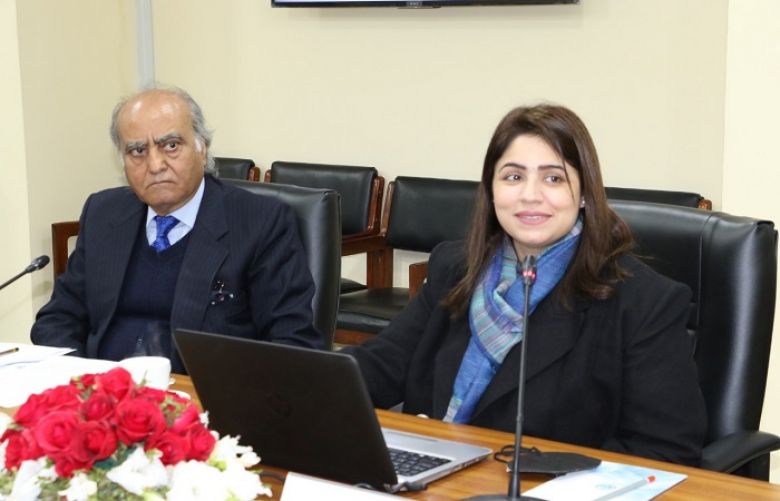 The Ambassador of the Republic of Iraq to Pakistan, H.E. Hamid Abbas Lafta expressed his desire to translate friendly sentiments between Iraq and Pakistan into practical cooperation and coordination through increased research and dialogue. He was hosted by the Centre for Middle East & Africa (CMEA) at the Institute of Strategic Studies Islamabad (ISSI) here on Monday.

Director CMEA, Ms. Amina Khan gave a briefing to the Ambassador on activities of ISSI and CMEA. Welcoming the Ambassador’s visit, Ms. Amina Khan remarked that academic and research interaction between both sides is key to strengthening Pakistan-Iraq bilateral relations. The ambassador lay emphasis on the importance of Centers such as CMEA for promoting cooperation and coordination.

Ambassador Khalid Mahmood, Chairman BOG ISSI said that the people of Pakistan regard the land and people of Iraq with high respect and reverence and the Pakistani government is keen to forge lasting ties with the Government of Iraq. Both sides pledged continued exchanges and collaboration in future.

The Centre for Middle East and Africa (CMEA) of the Institute of Strategic Studies, Islamabad (ISSI) aims to promote and provide quality research, analysis, policy input and dialogue on issues related to the Middle East and Africa. It envisions synergy of inquiry and cooperation with these important regions as envisaged in Pakistan’s foreign policy. Fostering closer comprehensive ties with the Muslim countries in the Middle East and identifying areas of mutual interest between Pakistan and Africa in keeping with Pakistan’s Engage Africa policy are key priorities that underline the vision of CMEA.