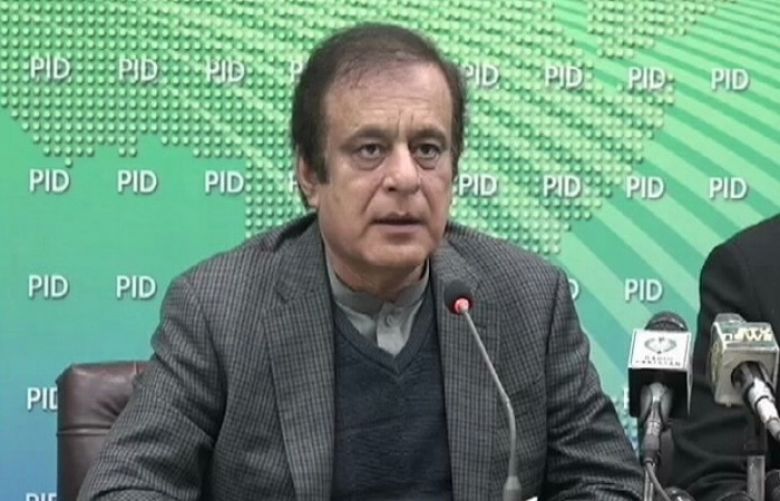 Federal Minister for Information and Broadcasting Shibli Faraz on Friday said that the Pakistan Democratic Movement (PDM) is working on a non-democratic agenda to oust an elected government.

Addressing a press conference along with Minister for Kashmir Affairs and Gilgit-Baltistan Ali Amin Gandapur, Shibli said that the PTI used all options to address its reservations against the 2013 elections.

The information minister said that the PTI had demanded the recounting of votes in four constituencies, adding that rigging was later proved in all of them.

Shibli said that the Opposition, on the other hand, has not used any platform to prove the allegations that they have levelled against the 2018 elections.

The information minister asked the Opposition to bring forward "any evidence that they have in relation to the alleged rigging in the 2018 elections."

"PTI exposed the Opposition's performance [...] and due to their poor performance, people did not vote for them," he said.

Campaign started after NRO not given

Slamming the 11-party alliance, he said that the PDM started an anti-government campaign after they were unable to get the National Reconciliation Ordinance (NRO) to cover their wrongdoings.

Taking a jibe at PDM cheif Maulana Fazlur Rehman, he said that a campaign has started against the the person who is leading the Opposition to oust Prime Minister Imran Khan.

Faraz said that that Fazl's party members have shown no-confidence in him, adding that there has been a "revolt" in JUI-F.

"Maulana Fazlur Rehman has immersed himself in worldly things," Faraz said, adding that Hafiz Hussain Ahmed and Maulana Sheerani had asked the JUI-F chief to come back on the right path.

Responding to the expulsion of Maulana Sheerani and Hafiz Ahmed from JUI-F, he said that Fazl's attitude is like that of a "fascist".

Shibli said that the PDM was "falling apart", and that they had "differences within". The information minister claimed that none of them wanted to resign from the assemblies.

The information minister said that it has been "a policy" of the Opposition parties to resort to threats instead of responding to corruption cases, adding that they aim to destabilise a democratically-elected government.

Meanwhile, Gandapur said that Fazl was not above the law and that he should be answerable for his "corruption".

The federal minister asked Fazl why was he threatening the institutions if he was not involved in corruption.

"I will provide more proof of Maulana Fazlur Rehman's property that is worth billions of rupees," he said, adding that the government would not spare him.

The federal minister, speaking more on the expulsion of JUI-F leaders, said that kicking out people from the party is not democracy.