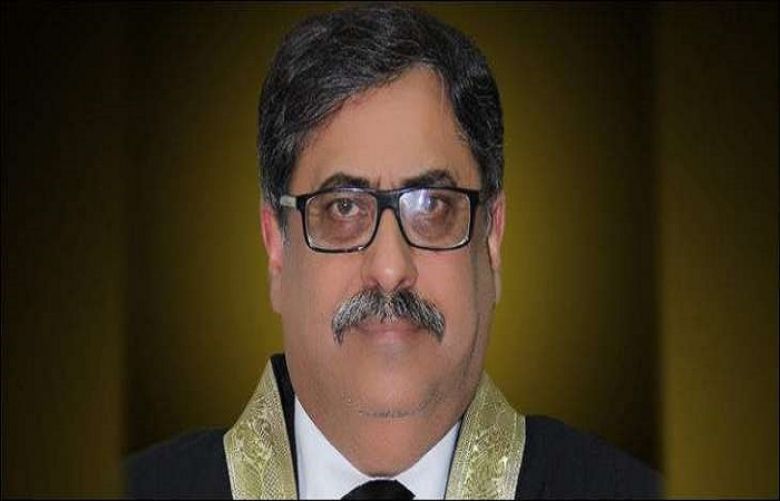 The governance system in Pakistan has become corrupt, Islamabad High Court (IHC) Chief Justice Athar Minallah said Thursday. He expressed the belief that people do not even have access to "cheap and speedy justice."

He was hearing cases against the rising number of crime in Islamabad, obstacles in the delivery of justice, issues pertaining to naval farms and housing societies.

Adviser to the Prime Minister on Accountability and Interior Mirza Shahzad Akbar also appeared before the court.

Pointing out the flaws in the justice system, Justice Minallah said district courts, which are meant to deal with the problems of the common man, had never been anyone's priority. In response, the PM's adviser said he has already briefed Prime Minister Imran Khan regarding the matter.

"You are the adviser on accountability, so I suggest you go to the accountability courts yourself and examine the conditions there," Justice Minallah said. "The judges in those courts do not even have the staff for dictation. There is a lot of work pressure on those courts, but there is an acute dearth of staff."

The chief justice added that the Supreme Court of Pakistan has repeatedly stressed courts to hear cases on a daily basis, adding that judges are "ready to work day and night if the executives cooperate with them."

"You should visit the accountability courts and brief the prime minister about the situation," Justice Minallah told Akbar.

Responding to the judge's remarks, Akbar said he has been appearing in the same courts for quite some time, adding that the situation in courts did not worsen overnight and it took 40 years of neglect to reach the current stage.

"Advisers do not have executive authority, we can only provide suggestions," Akbar said. "We will do whatever we can to improve the conditions of special courts."

Justice Minallah said that the "working environment of the courts is very important," and that "instead of increasing the number of courts, authorities concerned should work on making the working conditions of the existing courts better."

The chief justice demanded the submission of a report related to the administrative control of the federal judicial complex.

"I have received many complaints related to property and encroachments," Justice Minallah said. "This cannot happen without the knowledge of the revenue officers."

He said people do not even have access to cheap and speedy justice in this country.

"The system of governance in this country has become corrupt," the chief justice concluded.