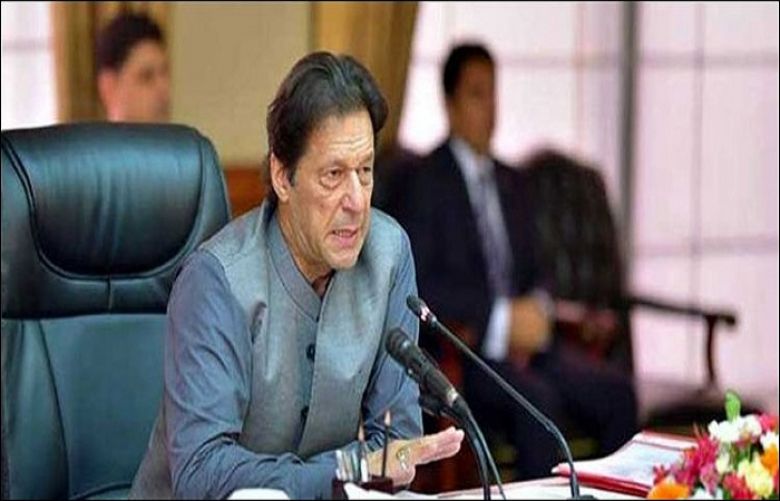 Prime Minister Imran Khan on Monday spoke about the various challenges being faced by Pakistan, lamenting how previous governments had not planned or envisioned where the country would be beyond its five years.

The premier, speaking during the launching ceremony of the Billion Tree Honey Initiative — part of the Clean and Green Pakistan campaign — spoke on several matters, including the biggest challenges that Pakistan faces.

The green Pakistan campaign aims at promoting tree plantation to support the production of honey in the country under the Ten Billion Tree Tsunami Programme (TBTTP).

Addressing the event, PM Imran Khan said the nation needs to take care of its environment as the forest cover in the country is less than the world's average forest cover.

"We have polluted our rivers [...] The groundwater is also getting polluted," he said.

The prime minister noted how the air quality in Lahore often surpasses the "danger level" and that ultimately, has an adverse impact on the elderly and the children.

Explaining the reason behind the bad air quality, he said that it was "an unplanned city" and that in last 10 years, Pakistan has finished over 70% of its forest cover and replaced it with concrete.

Talking about the future challenges that Pakistan faces, he said that the country was the fifth-most affected one in the world due to climate change.

The premier said that every regime that assumed office "only thought about its five years" and that his government's biggest challenge was to fix the environmental degradation — a long-term plan.

"It was for the first time that a government decided to plant tress, but people made fun of us and still do as they did not think beyond their five years," he said.

Speaking about the initiative, he said that it would be fruitful since the government would be backing it for the first time in history. "We have the best vegetables in the country, but we cannot export it due to quality checks."

The Ministry of Science and Technology will play its imperative part in keep quality checks, he said, noting that this would bump the export of honey and other items.

The premier said that the second challenge that Pakistan faces was to increase exports, which would benefit the country economically and environmentally — and this initiative helps in this regard.

"The third challenge, that the youth wants employment and this initiative will help in overcoming it. The youth will get jobs through it," he said.