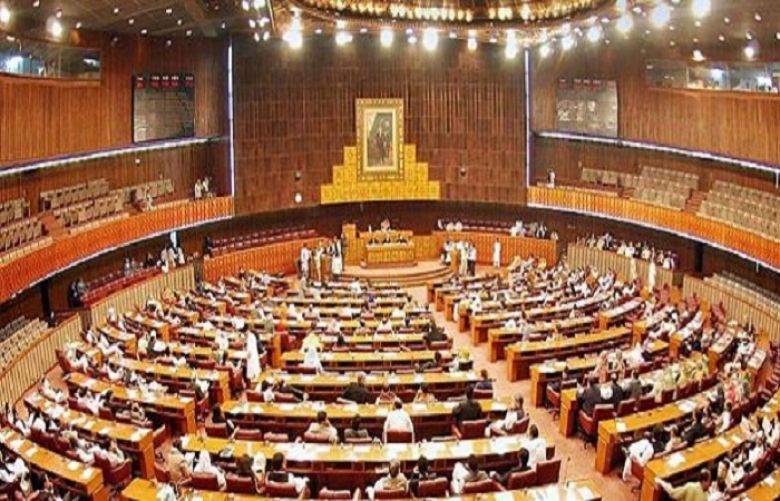 Prime Minister Imran Khan's legal team has opined that the the Senate elections "cannot be stopped" even if Opposition members decide to step down from provincial assemblies.

Sources revealed that the prime minister recently consulted his legal team over the upcoming Senate elections which the PTI government had decided would be held a month earlier than planned in 2021 and which the former Senate chairperson Raza Rabbani had termed was an illegal move.

"How can an election be stopped if a member does not go to the polls or resigns," PM Imran Khan's team of legal experts asked, according to the sources.

"If the Opposition resigns, the government candidates will win all the seats in the provincial assemblies," they added. The experts also noted that if the Sindh Assembly was dissolved, the Senate elections would not be held in that province only but would go ahead in the remaining three.

"Even if the Sindh Assembly is dissolved, the electoral college of the rest of the three provinces will remain intact," they explained, advising the PTI government to "submit nomination papers of more candidates in the Senate elections".

PTI government would hold the Senate elections in February instead of March 2021 in a decision made during Tuesday's Cabinet meeting chaired by PM Imran Khan.

The government has decided to use "open voting" for the elections, the sources had added. In a press conference following the Cabinet meeting, Information and Broadcasting Minister Shibli Faraz had said the PTI-led government was striving to make them free and fair.

"Controversies have always surrounded the Senate elections," he had said. "It is such an old practice that it is assumed that in the elections, [horse trading] will surely take place."

The government of Sindh had responded strongly to the development, with its spokesperson, Senator Murtaza Wahab, saying the Centre had "no knowledge" of the law and had "nothing to do" with the rule of law.

"Announcing Senate elections is not the prerogative of the government," Wahab had said.

"The Election Commission of Pakistan had the authority to announce a date for the polls," he had added, noting that under the Election Act, Senate elections were held via secret balloting.

"Conducting polls through the show of hands is unconstitutional," Wahab had stressed.