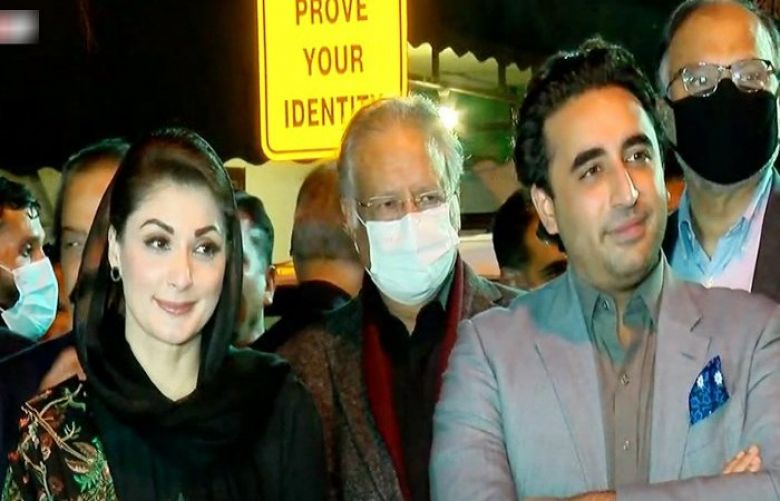 According to a statement from Bilawal House, the PPP chairman spoke to Maryam Nawaz over the phone and discussed the political situation arising "from the frustration of selected government" after the Pakistan Democratic Movement's (PDM) recent jalsas.

Maryam and Bilawal discussed the upcoming Senate elections, vowing that "no unconstitutional means" would be allowed to take place, as they allegedly did during the general elections 2018.

The two PDM leaders have joined hands to hold public rallies against the government and have vowed to send Prime Minister Imran Khan home.

The prime minister, on the other hand, has remained defiant in the face of the PDM's threats of launching a long march, adding that he would "not give them an NRO".

PM Imran Khan on Wednesday said that the government was going to approach the apex court to hold elections early in February instead of March.

The premier had said that though it is easy for any sitting government to benefit from secret voting, he was pushing for voting via "show of hands" to eliminate horse trading.

Taking aim at the Opposition parties, the prime minister said he had demanded "a 34-page NRO" when he offered to engage in dialogue, he claimed, saying he would never bow down to them "under any circumstances".

"The cases against the Opposition were not filed during our government [but] were registered in the past," he had said, adding that there was no threat to the PTI regime from them.