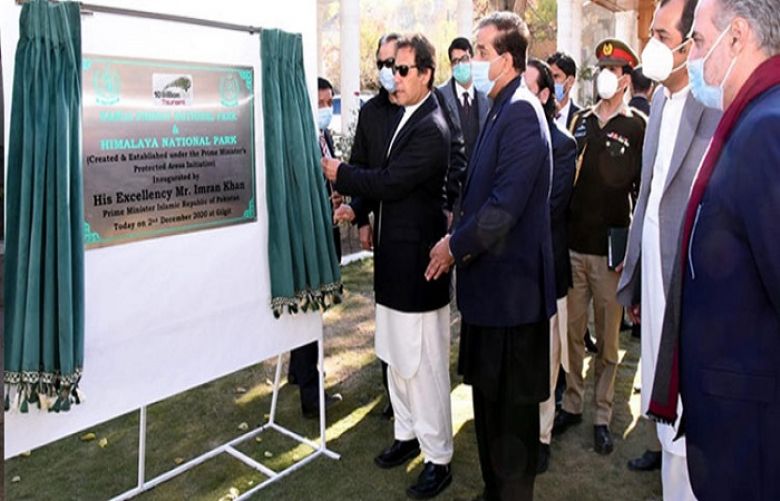 These two National Parks have been announced under the PMs “Protected Areas Initiative” which is aiming to ensure the protection and preservation of Pakistan’s natural assets through designation and management as National Parks.

While addressing a news conference, Prime Minister Imran Khan’s Special Assistant on Climate Change Malik Amin Aslam said that these parks will comprise five percent area of Gilgit Baltistan, while it will form a nature corridor between Azad Kashmir and Khyber Pakhtunkhwa.

He said arrangements have also been made for natural breeding of Laddakh Urial, which will be a unique experience to enhance population of the endangered species.

Along with the announcement of these two National Parks, a globally unique Nature Corridor has also been formed which traverses a high altitude area (over 10000 feet height) and connects the provinces of KPK and AJK through GB.