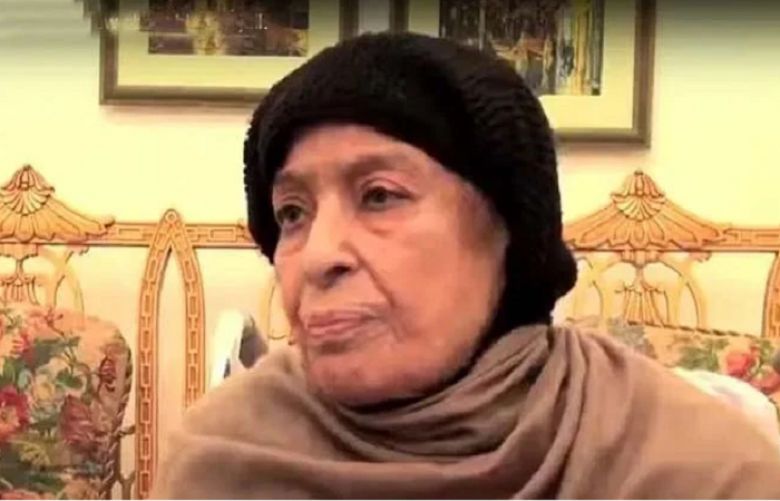 Begum Shamim Akhtar’s body reached Lahore via British Airways flight and was received in Lahore by members of the Sharif family and PML-L leaders and workers at the Allama Iqbal International airport.
Kosar, the sister of Nawaz Sharif has also reached Lahore along with the body.

Funeral prayers of Begum Shamim Akhtar will be held at 11:30 AM at the Sharif Medical City and she will be laid to rest at Sharif family’s ancestral graveyard next to the grave of her husband, Mian Sharif.

According to sources, the Qul ceremony of Begum Shamim Akhtar will be held at Jati Umra which will be attended by the Sharif family’s members.

Begum Shamim Akhtar passed away in London on November 22 at the age of 89. She had developed a severe chest infection and was suffering from an advanced stage of Alzheimer’s Disease.

Her condition had deteriorated and she could not regain her health due to old age.