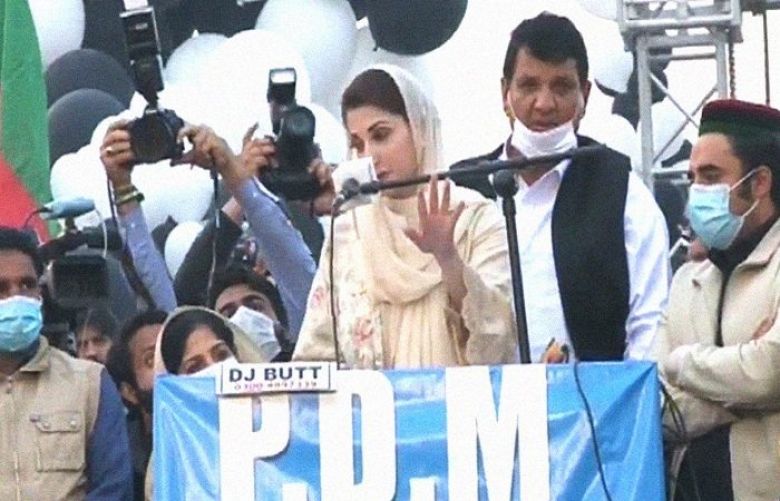 PML-N vice president Maryam Nawaz on Sunday abruptly left the Pakistan Democratic Movement (PDM) rally in the provincial capital of Khyber Pakhtunkhwa after she was told her grandmother Begum Shamim Akhtar had passed away in London.

Begum Shamim Akhtar — the mother of former prime minister and PML-N supremo Nawaz Sharif, as well as Leader of the Opposition in the National Assembly and the party's president, Shahbaz Sharif — was 89 years old at the time of her death.

Maryam Nawaz also requested those attending the rally to pray for her grandmother.

"Greetings, my brothers, sisters, and elders of Peshawar. I had wished to speak here today... I had come here to meet you all," she said. "However, I was just informed that my paternal grandmother has passed away in London.

"Nawaz Sharif's mother has died in London; she was with him there," the PML-N leader announced.

"So, I apologise to you all that I was unable to speak to you today, I request you to please pray for my grandmother — who has met her creator — and to pray for Mian sahab's health and life.

"Thank you," Maryam Nawaz said, waving back to her fans and supporters before she stepped off the stage.

A few hours after the news of Begum Shamim Akhtar's death broke, the PML-N VP revealed that she had received the news "two hours late due to suspension of phone services".