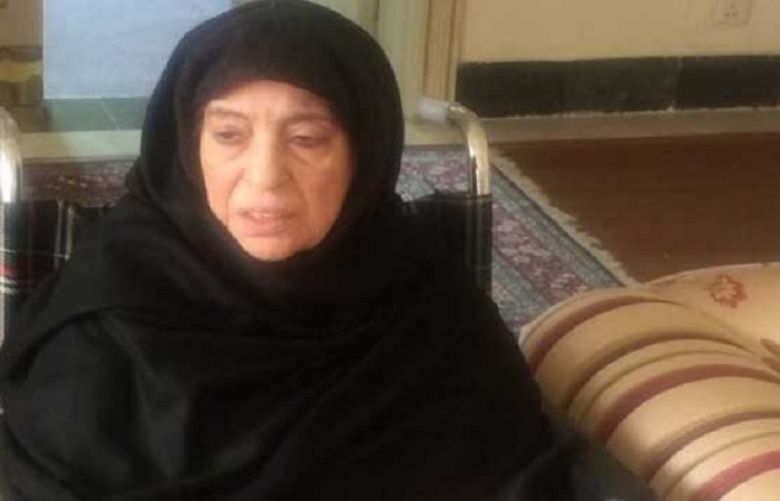 The development was confirmed by senior PML-N leader Ataullah Tarar, who announced the tragic news on Twitter. Begum Shamim Akhtar was 90 years old.

Begum Shamim Akhtar had been ill for quite some time and was being treated in London, said PML-N sources. She passed away this morning, according to party sources, at the Avenfield Apartments where she was staying with Nawaz Sharif.

According to party sources, Begum Shamim Akhtar had been ill since the past week and her condition had been fragile due to her old age.

Ataullah Tarar said that he spoke to Suleman Shahbaz over the phone who confirmed his grandmothers death and said that arrangements are being made to bring the body to Pakistan for burial.

He said that PML-N president Shahbaz Sharif and his son Hamza Shahbaz had been informed about Begum Shamim Akhtar's death. Tarar said that a request will be submitted to the court to allow Shahbaz and Hamza Shahbaz to be released on payroll so they can attend the funeral.