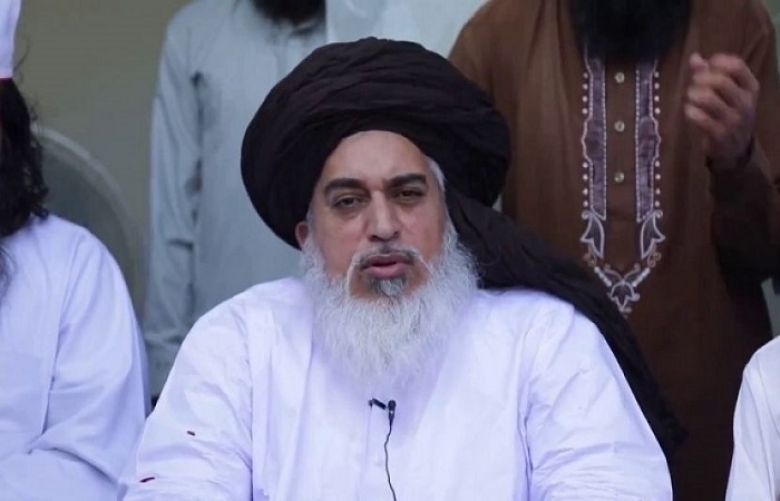 Funeral prayers for recently deceased Tehreek-e-Labbaik Pakistan (TLP) chief Khadim Hussain Rizvi were offered here in Lahore on Saturday in a simple ceremony attended by thousands of his supporters.

He will be laid to rest in Madrassah Abuzar Ghaffari associated with the Rehmatul Lil Aalameen mosque.

Saad Rizvi, who had till now served as the deputy secretary-general of the TLP, was also nominated on the occasion as the new chief of the party by its high council. He took oath on Saturday as the new ameer of the TLP at the Minar-e-Pakistan ground.

Thousands of people had gathered at Lahore's Minar-e-Pakistan to attend the funeral prayers for the cleric, whose party had emerged as the fifth-largest in Pakistan in terms of votes cast in the 2018 elections.

The TLP leader had passed away on Thursday after suffering from a fever in his last days.

He had complained about the fever as he led a large protest at Islamabad's Faizabad Interchange a few days ago, his family had confirmed.

Rizvi had been at his madressah on Lahore's Multan Road when his health worsened. He was first taken to the Farooq Hospital, where he was pronounced dead on arrival, and then to Sheikh Zayed Hospital where his death was confirmed.

The firebrand cleric is survived by his wife, two sons and three daughters.

The 55-year-old was born in Attock district on June 22, 1966. For his early education, he studied Hifz and Tajweed from a madressah in Jhelum and later on studied from the Jamia Nizamia Rizvia in Lahore.