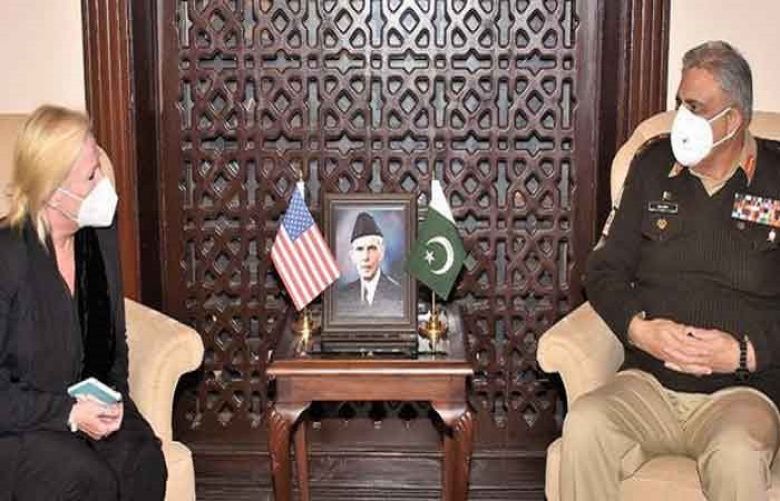 The US dignitary, Angela Aggeler, called on the army chief to discuss matters of mutual interest that included the regional security situation and the peace process in Afghanistan.

The statement from Aggeler comes at a time when Prime Minister Imran Khan is in Kabul where he will hold talks with President Ashraf Ghani and most likely discuss the Afghan peace process in great detail.

"The visiting dignitary appreciated Pakistan’s contributions for conflict prevention in the region and relentless support provided in Afghan Peace Process," read the statement by the ISPR.

Pakistan has mediated and convinced the two warring parties in Afghanistan — the Taliban and the Afghan government — to come to the table for talks.

A historic peace deal between the US and the Afghan Taliban was signed in February this year in Doha, which paved the way for an Intra-Afghan dialogue to take place which would try to find a political solution to the crisis in the country.