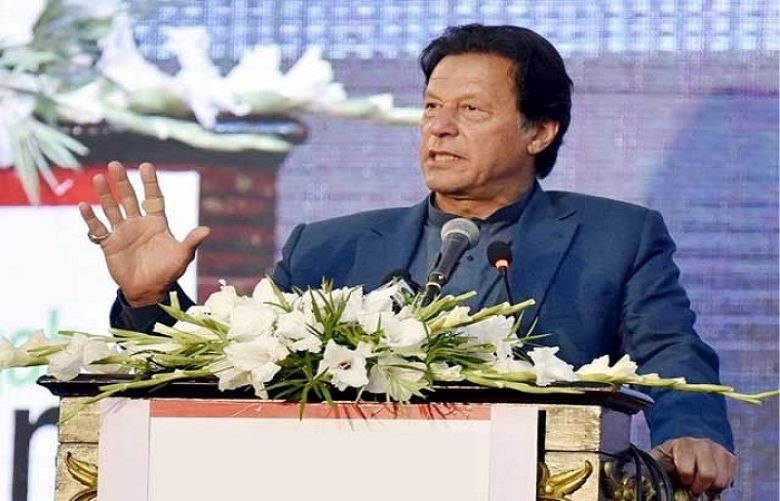 Prime Minister Imran Khan on Wednesday said the government was focusing its energies on the country's industrialisation and on increasing exports.

Addressing a ceremony in Faisalabad during a one-day visit to the city, he said it was the government's job to facilitate industrialisation and the business community.

"We are now working on how we can aid the business community and investors so that jobs are created. So this cycle can only continue when we [remove] hurdles for the industrial class."

He added that the Federal Board of Revenue (FBR) was also undergoing reforms and was headed towards automisation. "This is now an ongoing effort."

Commenting on the development of cities, the premier stated that successful cities around the world function "like countries".

"They have their own mayor, a cabinet [and] they collect their own funds," he said, noting that Faisalabad was dependent on the provincial government for funds. "Faisalabad is a rich city but it has to depend on funds from the Punjab government to fix roads, and construct hospitals and colleges. Modern cities don't run like this."

So under the new local government system, each city will have its own election to appoint a mayor who will then choose a cabinet of experts to make it a self-sustaining city, he said.

"God willing, one day Manchester will say that Faisalabad has progressed further than us," he said, referencing a comment made earlier during the ceremony which had drawn a parallel between Faisalabad and the city in the United Kingdom. "You need to think big."

The premier said that when the PTI came into power, it had inherited an abundance of problems, adding that the policies of former governments had contributed to this.

"In the 60s, Pakistan was used as an example for the developing world. Malaysia and South Korea borrowed from our first five-year programme," he said, adding that the country and its institutions were also respected.

"People now go to Dubai for their vacations but the sheikhs used to come here."

"What we should have done is introduce laws to make sure the money trickled down to the common man. That is what China did. In the past 30 years, as the country moved towards industrialisation, they used the money to lift people out of poverty. We should have done the same."

He also said that at the same time, a society can't move forward if profit-making is dubbed a crime. "Investors don't invest for welfare, they do it to make money. But do it in a legitimate manner and pay taxes."

Commenting on the rise in Covid-19 cases, the premier said that while the World Health Organisation had lauded the country's efforts to combat the pandemic, the second wave was now rearing its head.

"That is why we reduced this gathering to 300 people. To those not wearing face masks, I will say please wear them. We have been spared once and we should not take any chances. We will face problems if the virus spreads and if our hospitals are put under pressure," he said.