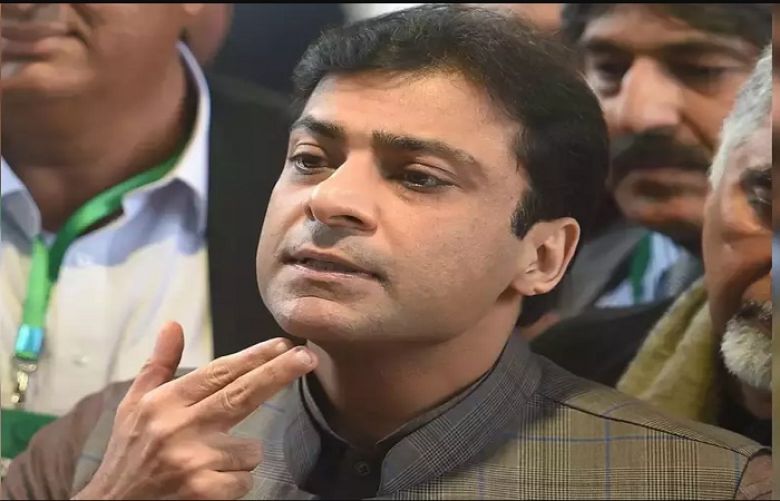 Judge Amjad Nazir Chaudhry remarked that the accountability court will give a verdict on the reports about non-production of Hamza Shehbaz in the next hearing.

The accountability court’s judge Amjad Nazir Chaudhry heard the Ramzan Sugar Mills reference. Hamza Shehbaz has been produced before the court by the jail officials in today’s hearing.

During the hearing, the judge questioned the reason for not producing Hamza in the previous hearing.

To this, Superintendent Police (SP) Headquarters said that the accused rejected to sit inside the bullet-proof vehicle. The squad staying inside the jail for around two hours, however, Hamza rejected to travel through the vehicle.

The judge remarked that how could it be possible for an under trial person to refuse to appear before the court which should be meant as the failure of the state.

Hamza Shehbaz said that he was appearing before the court for 17 months, but it has never happened earlier. He added that jail officials were informed about his backache, but they deliberately brought a bullet-proof vehicle. Hamza said that he waited for around 2.5 hours, however, the vehicle was not changed. The accused also complained against the jail officials for not providing him timely medical assistance after he contracted coronavirus.

Chaudhry said that political matters should not be discussed when the accused has been granted permission to clarify his position.

Later, the court directed additional secretary home for devising standard operating procedures (SOPs) for the production of prisoners and adjourned the hearing till November 17.

The court also decided to give a verdict on reports submitted by the home secretary, Punjab Prisons Inspector General (IG) and others over non-production of Hamza Shehbaz in the previous hearing.