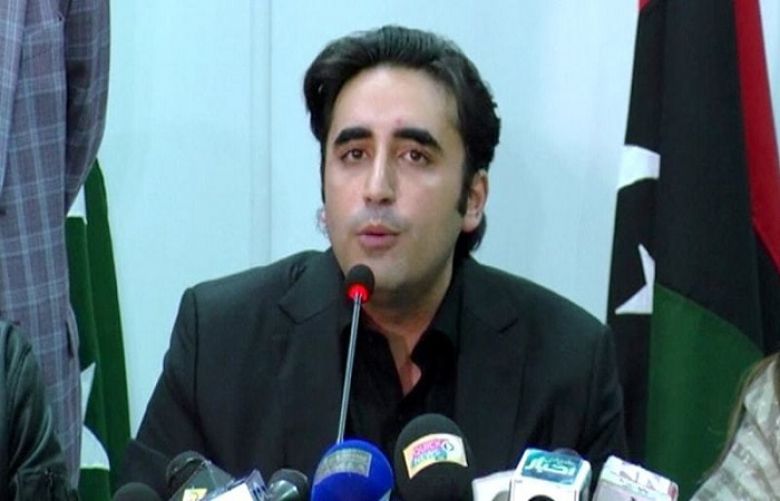 Reflecting on the PML-N supremo’s move to name military leadership in his Gujranwala speech, Bilawal told the foreign publication that it was the former premier’s personal decision.

Admitting being blindsided by the speech, Bilawal hoped Nawaz would soon reveal evidence to support the statement. “We avoid such comments during public gatherings. No one person can be held responsible for bringing Imran Khan to power.”

Bilawal said the incumbent government has lost the trust of the masses and blamed it for rising inflation and the current economic crisis. “The country is going through a difficult period,” he said, adding that a progressive democratic force is the only way out.

“Even a weakened democracy is much better than dictatorship,” he asserted.

The PPP chairman said his party’s fight for democracy was three-generation strong. “We are pushing for civilian governance and a strong democracy through democratic channels.

Bilawal said the “kidnapping” of Sindh Inspector-General Mushtaq Ahmed Mahar as well as the arrest of PML-N leader retired Capt Safdar Awan from a Karachi hotel are both matters under investigation.

He added that there had been no further correspondence with Chief of Army Staff (COAS) General Qamar Javed Bajwa on the Karachi incident. “I am confident the investigation will be completed,” he said, demanding that those responsible should be identified and punished. “I am patiently waiting to be informed about the inquiry.”

“The PDM demands the formation of a fact-finding commission to investigate the role of the establishment during democratic regimes,” Bilawal told BBC Urdu.

“The commission should also probe the establishment’s role in the formation of the incumbent government.”

Bilawal termed PM Imran Khan’s promise to make Gilgit-Baltistan a province ahead of the November 15 elections as "rigging".

He said the premier and his party cannot be trusted due to their "U-turns".

“Imran Khan breaks all his promises. He promised to make South Punjab a separate province within the first 100 days of his government,” the PPP leader recalled. “But he didn’t.”

Bilawal said his party will table a constitutional amendment in the Parliament on GB’s provincial status.

In response to Bilawal’s comments, PML-N leader and Nawaz Sharif’s spokesperson Mohammad Zubair said that the experiences of PPP were different from that of the PML-N.

On the other hand, the Federal Minister for Information and Broadcasting Shibli Faraz said that Bilawal's statement clearly proves that he does not trust Nawaz Sharif.

“These contradictions prove that PDM is nothing but a group of power-hungry politicians, working together to serve their personal interests.”