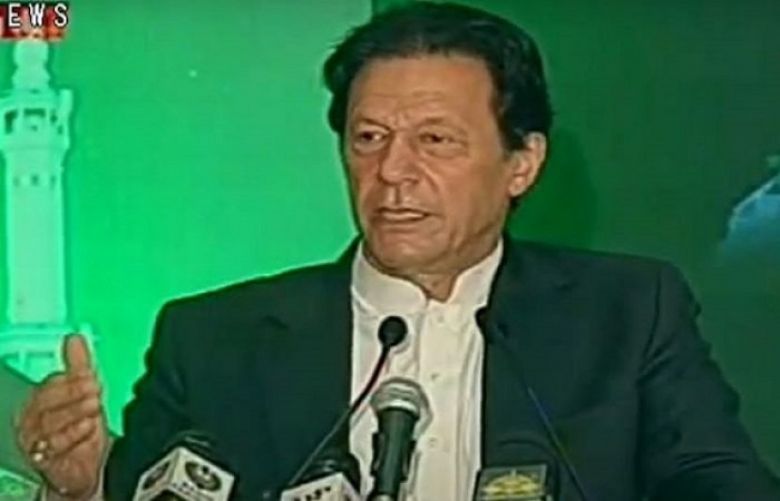 Prime Minister Imran Khan has said that Islamophobia is rising in Western states and a small segment in the countries is against Islam.

PM Imran Khan made the statement while addressing the National Rehmatul-lil-Alameen PBUH Conference in connection with Eid Milad-un-Nabi (PBUH) celebrations in Islamabad today.

He highlighted the cause of unrest in many countries after the publication of blasphemous caricatures in France. He said that Islamophobia will get further increased in the countries until its governments take special measures to stop it.

He said that Western countries could not understand the Muslims’ respect to their beloved Prophet Muhammad PBUH. Islamophobia will be increased across the world until the Organisation of Islamic Cooperation (OIC) member states will not play their role against it.

The premier said that he wanted to make the nation, especially the youth, aware of the life of Prophet Muhammad PBUH.

He said that the Allah Almighty has enlighted the path of humanity through the Holy Quran and the life of Prophet Muhammad PBUH. There was no human on the earth like Prophet PBUH and it will never come.

He was of the view that blasphemous caricatures were being deliberately published to witness the reaction from Muslims. He added that the continuity in the blasphemous actions is the failure of Muslim leadership.

Imran Khan announced that he will lead the campaign against the blasphemous activities and Pakistan will raise the issue on all international platforms.

While highlighting the issues related to climate change, Imran Khan said that the world is witnessing the negative impacts of climate change and urged the formulation of special policies to coup with the challenges.