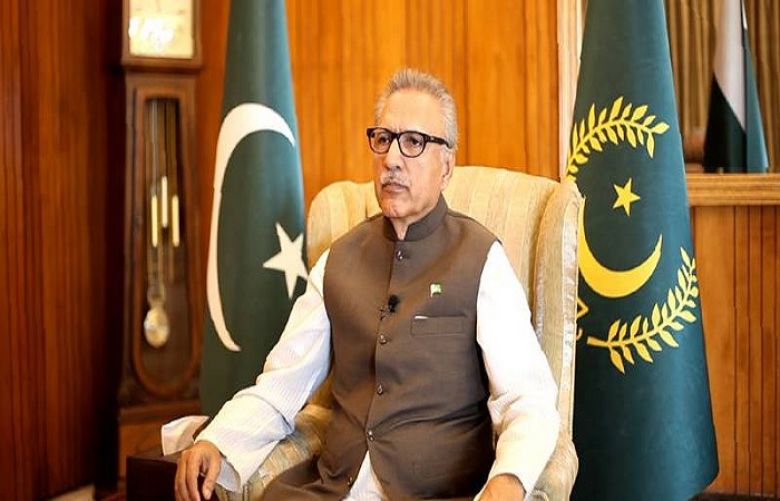 President Dr Arif Alvi in his message on Eid Miladun Nabi (PBUH) urged the Muslim world leaders to put forth a unanimous demand before the international organisations to ensure the sanctity of the Holy Prophet (PBUH) and desist from blasphemy and desecration.

He said the condemnable incidents of blasphemy in the West had invited the wrath of Muslims across the globe. Such incidents created disintegration and also violated the spirit of interfaith harmony and dialogue, he added.

President Alvi said it was essential to spread the teachings of Holy Prophet (PBUH) and true message of the Holy Quran in order to better tackle Islamophobia and highlight real spirit of Islam.

Referring to the growing threat from second wave of coronavirus in the country, he advised the people to adhere to anti-COIVD precautions, particularly during Milad processions to prevent spread of the disease.

Greeting the countrymen on Eid Mailadun Nabi (PBUH) marking the Holy Prophet’s birth anniversary, he said the prophet had purged the society of ignorance and oppression. He said the Holy Prophet (PBUH) was sent as mercy for the whole mankind and the humanity’s real success lied in adhering to his teachings.

The president viewed that Holy Prophet (PBUH)’s teachings were a role model for the humanity besides being essential for a better understanding of Islam. He said in the early Islamic history, the Holy Quran and the personality of the Holy Prophet (PBUH) were the only sources to attract people towards Islam.