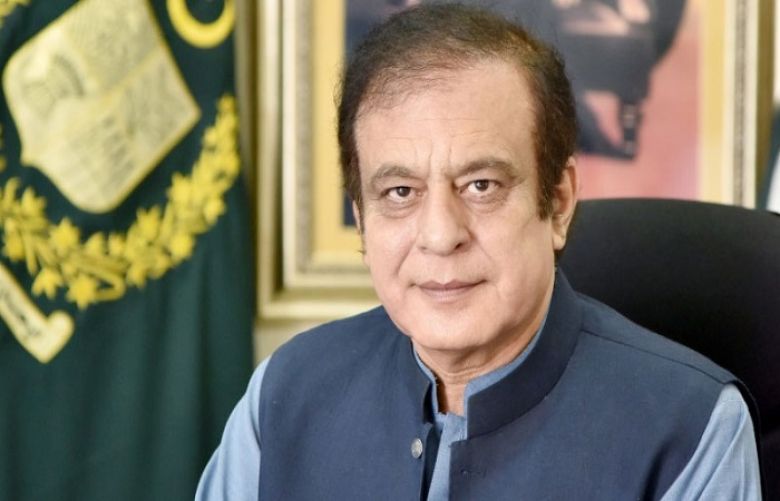 Talking to media in Islamabad, the federal minister slammed opposition leaders for attacking the country’s integrity and institutions.

The federal minister also condemned the slogans raised by Owais Noorani regarding Balochistan during the PDM rally held in Quetta today.

Jamiat Ulema-i-Pakistan (JUP) leader Maulana Shah Owais Noorani on Sunday faced criticism from netizens for peddling the Indian narrative regarding Balochistan over his remarks during the PDM rally in Quetta.

“We want Balochistan as an independent state,” Maulana Owais Noorani could be heard as saying during the PDM rally in a viral video.

“Today Balochistan looks like an underdeveloped area of the country,” he said in his speech at the gathering which was also addressed by top opposition leaders including Maryam Nawaz, Bilawal Bhutto Zardari, and Maulana Fazlur Rehman.

Commenting over PML-N supremo, Faraz said: “It is unfortunate that an absconder was allowed to make a speech and talk negative about country’s institutions”.

He said that opposition should have talked about sanctity and respect of the Holy Prophet [Peace Be Upon Him] in today’s public gathering instead of maligning state institutions.

The information minister also criticised PML-N Vice President Maryam Nawaz saying, “She [Maryam] and her father [Nawaz] should answer that how they made their assets abroad and how they laundered money.

Taking aim at Bilawal, Shibli said that Pakistan Peoples Party (PPP) has become a regional party from the national party due to the loot and plunder of its leadership.

“PPP has become a regional party and it will further reduce to just two districts,” the minister added.