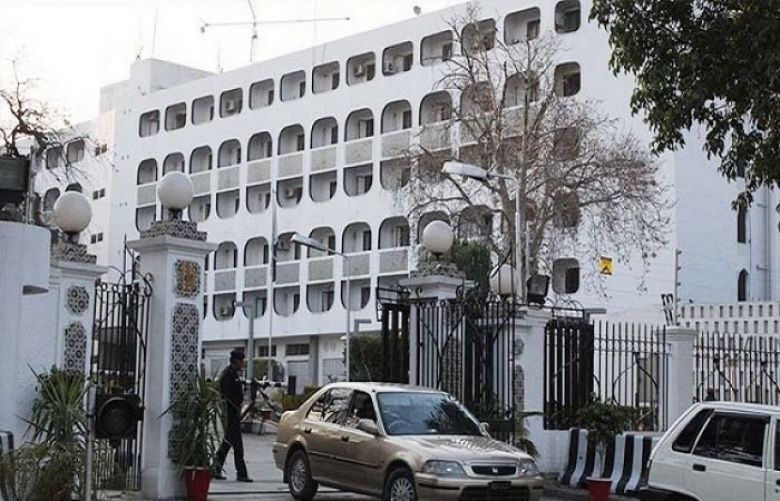 Pakistan on Saturday condemned in the "strongest possible terms" a terrorist attack outside an educational centre in Kabul, that resulted in a loss of multiple lives, including children, and injuries to many others.

A statement by the Foreign Office to denounce the “inhuman” attack which took place in Kabul’s Dasht-e-Barchi area, said that Pakistan “condemns terrorism in all its forms and manifestations”.

Pakistan “will continue to support a peaceful and stable Afghanistan”, the statement underscored.

“We extend our heartfelt sympathies and condolences to the families of the victims and pray for early recovery of those injured,” it added.

The attack, a suicide bombing in the Afghan capital, killed at least 18 people and wounded dozens more, officials said.

A Ministry of Interior spokesman, Tariq Arian, cited security guards as identifying a bomber who detonated explosives in the street outside the Kawsar-e Danish educational centre.

Eighteen people were killed and 57 were injured in the attack, according to the interior ministry.

Militant group Daesh claimed responsibility for the bombing, in a statement on Telegram, without providing evidence.

Dozens of students died in the same area of Kabul in an attack on another education centre in 2018, while in May gunmen attacked a maternity ward, killing 24, including mothers and babies.