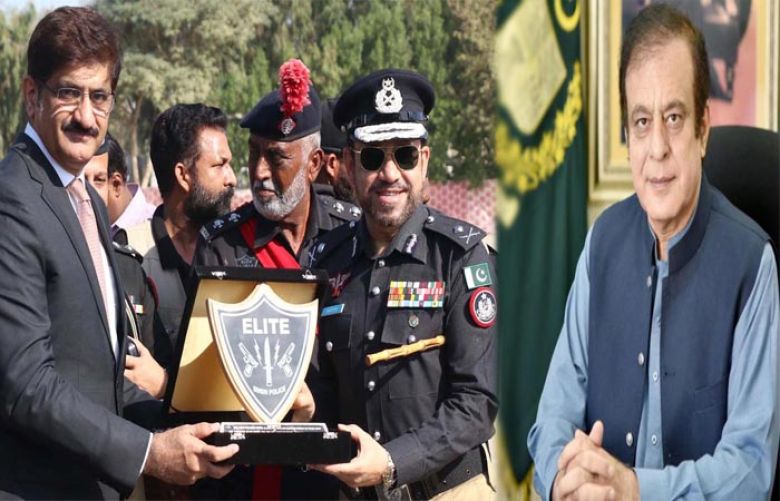 Opposing the opposition’s resolution about the ‘Karachi incident’ in Senate, Shibli Faraz said that the opposition wanted to create chaos and anarchy in the country. He accused the opposition of violating the sanctity of the mausoleum of Quaid-e-Azam Muhammad Ali Jinnah.

The minister said that the provincial government had established two probe committees to divert the people’s attention.

Earlier today, Advisor to PM on Accountability Shahbaz Akbar had said that India has started propaganda against Pakistan over the recent issue of Safdar Awan’s arrest.

Addressing a press conference in Islamabad flanked by Federal Minister for Information and Broadcasting, Shibli Faraz, he had said that opposition hue and cry provided an opportunity to India to start anti-Pakistan propaganda.

Terming the arrest of Safdar Awan as per law, Mr Akbar had maintained that he was arrested by the province’s police, which is sovereign after the 18th amendment.

People were aware that who gave directions to the Sindh police, the advisor had said and urged Chief Minister Sindh Murad Ali Shah to name the federal minister who pressurized the police.