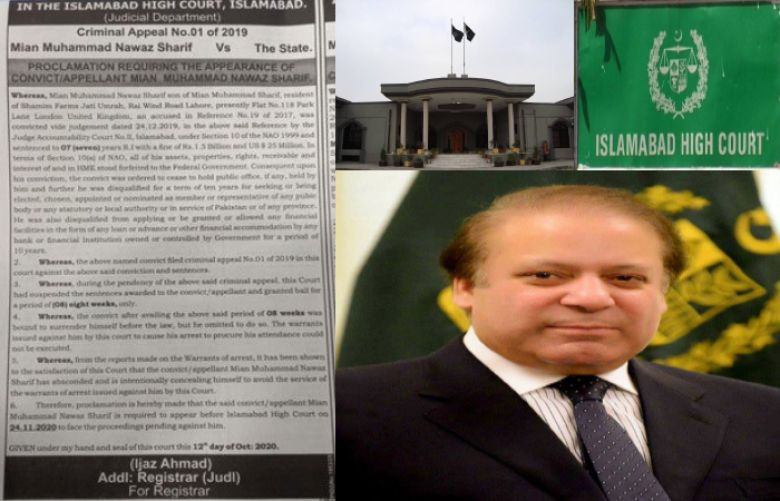 Important development in Al-Azizia and Avenfield references as the newspaper advertisement for summoning former prime minister Nawaz Sharif has been published in an English daily on Monday.

According to the summons released, PML-N chief Nawaz Sharif has been directed to appear before the Islamabad High Court on November 24.

It is to be mentioned that here that the IHC had ordered to publish the advertisement for summoning Nawaz Sharif in Lahore addition of two newspapers in the country.

The PML-N chief was declared a proclaimed offender earlier in September and had refused to receive his arrest warrants. The arrest warrants were sent twice by-hand and once via Britain’s Royal Mail.

The court had summoned Sharif to appear before the court in a corruption case and issued his non-bailable arrest warrants.