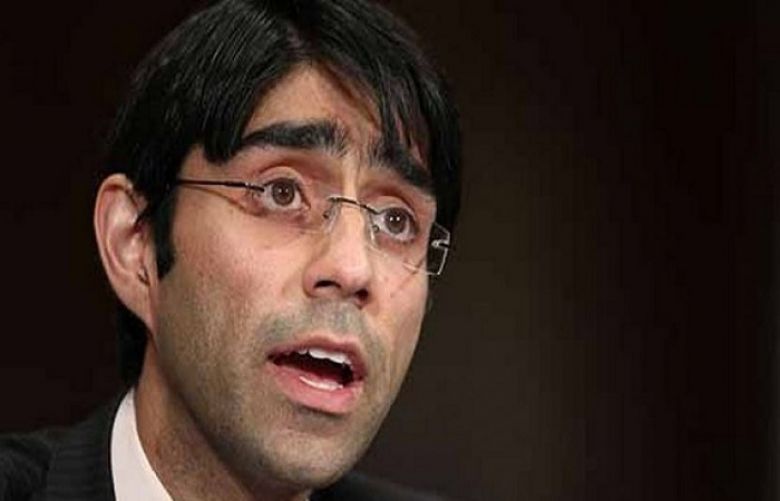 Special Assistant to Prime Minister on National Security Moeed Yusuf said India is trying to spread the narrative in occupied Kashmir that it has reached an agreement with Pakistan on the occupied Kashmir territory.

"India is spreading a narrative in occupied Kashmir that there has been an agreement on territory," Yusuf told reporters in Lahore on Saturday.

The SAPM, who was talking today media in the backdrop of his recent interview with Indian journalist Karan Thappar, said that he felt disappointed out of one of the feedbacks that he got.

“90% feedback said that it is the first time Pakistan gave a befitting response to India,” claimed Yusuf. He added that the feedback meant that Pakistan was presenting its case out of fear.

“What is there to fear have we stolen something? The stealing is being done by someone else,” said SAPM Yusuf. He added that what Indian the Narendra Modi-led government was doing in Kashmir should make them afraid.

He explained this was the approached that he had gone into the panel. He also added that Pakistan went in the interview and told India that its “basic message” was of peace.

Yusuf also told the journalists that in his interview he told the Indian journalist what were the hurdles to the peace between Pakistan and India.

The SAPM said that a “jail-like feeling’ was made in Kashmir after August 5, 2019. He added that in the ongoing “military occupation” humans have been turned into animals.

“India is spreading a narrative in occupied Kashmir that there has been an agreement on Kashmir. That the chapter has closed and Pakistan is not serious,” said Yusuf.

The SAPM said that Pakistan has made its stance on Kashmir clear, adding that he also used the phrase “over my dead body” to make clear of Islamabad's stance on the occupied territory.

“What agreement can be there? There is only one [agreement possible]. That whatever measures you have taken should be finished and decision should be made according to UN resolutions,” said Yusuf

The SAPM said Pakistan was saying this because it knows “what the situation in Kashmir right now”. He added that “Kashmiris cannot even listen to India’s name” after the August 5, 2019 move by New Delhi.

“I told them that you have to reverse this. Not because of us but what is happening there,” said the SAPM.

“When you treat humans like animals then you will get a response and it is coming,” warned the SAPM, adding that it was better India walked away from its wishes and come to the table for talks.