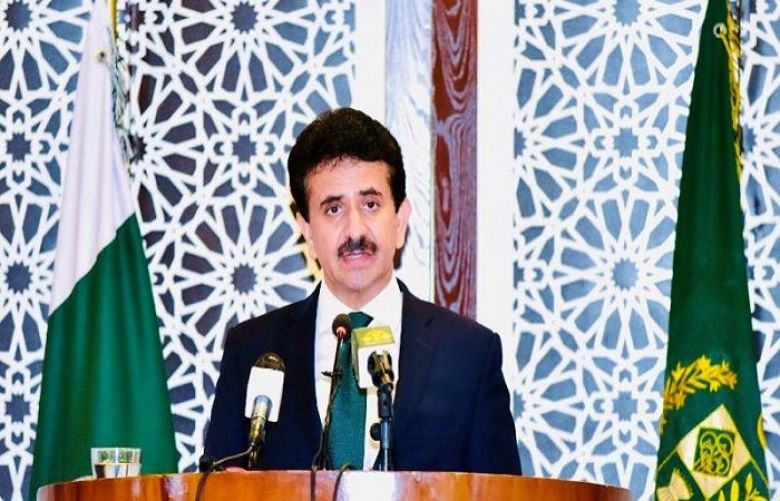 Addressing the weekly press briefing here, he said that in order to create an enabling environment India should rescind its illegal and unilateral actions, end its state-terrorism against Kashmiri people, and agree to resolve the Jammu & Kashmir dispute in accordance with relevant UN Security Council resolutions and wishes of the people of Kashmir.

“It is India that has vitiated the atmosphere with its illegal and unilateral actions of 5 August 2019 in IIOJK and with continuous belligerent rhetoric. We have been consistently saying that India is trying to change the demographic structure of IIOJK in violation of international law, UN charter, the United Nations Security Council Resolutions, 4th Geneva Convention and humanitarian norms,” he said.

The FO spokesman said that demographic changes should immediately be stopped and this process reversed. “On its part, Pakistan will continue to highlight India’s state terrorism in IIOJK, and its denial of the fundamental freedoms and inalienable right to self-determination to the Kashmiri people”.

About India’s propaganda against Pak-China relationship, he said, “Pakistan and China have been joined together in a broad-based, long-term all-weather strategic cooperative partnership. Our cooperation is an anchor for regional peace and stability. We have always stood by each other through difficult times and have supported each other on core national issues.”

He said Pakistan strongly condemned the malicious Indian propaganda against the longstanding and close Pakistan-China friendship.

“This propaganda is a manifestation of the Indian government’s incurable obsession with Pakistan and its desperate attempts to mislead the world community. The world community is aware that the political opportunism of the RSS-BJP regime is imperiling peace, stability and security of the region,” the spokesman said.

He stressed that instead of promoting propaganda, India needed a course correction, not belligerent rhetoric against Pakistan. India should focus on its policies which were imperiling regional peace and stability, he said.

Answering a question about the Financial Action Task Force (FATF) which is all set to decide on Pakistan’s grey list status in a virtual meeting scheduled later this month, the spokesman said that Pakistan had been implementing the FATF Action Plan since 2018 and it had made significant progress in this regard.

Asked if there was any development in the matter of deaths of 11 Pakistani Hindu citizens in India, he said that Pakistan had communicated to Indian authorities that in the interest of justice to the bereaved family and also to ensure the safety and security of other Pakistani nationals in India, it was of utmost importance for the government of India to be fully transparent about this unfortunate incident.

“It has also been emphasised that since the victims of “Jodhpur Incident” were Pakistani nationals, it was incumbent upon the Government of Pakistan to be fully aware of the circumstances under which its nationals died in India. The Indian side has been urged to carry out a comprehensive investigation into the matter, provide access to the Pakistan High Commission in New Delhi to the surviving member of the bereaved family, share copies of the FIR and the initial investigation report and facilitate the presence of the High Commission for Pakistan’s representatives during the post-mortem of the deceased persons without further delay,” he said.

Meanwhile, a senior Indian diplomat was summoned to the Foreign Office on Thursday to register Pakistan’s strong protest over the ceasefire violations by Indian occupation forces along the Line of Control (LoC) on 14 October 2020, resulting in serious injuries to two civilians.

Due to indiscriminate and unprovoked firing by Indian occupation forces in Jandrot Sector of the LoC, Sufiyan, 25, and Muhammad Rafaqat, 28, suffered serious injuries.

Condemning the deplorable targeting of civilians by Indian occupation forces, it was underscored that such senseless acts are in clear violation of the 2003 Ceasefire Understanding, and are also against all established humanitarian norms and professional military conduct.

Indian side was called upon to respect the 2003 Ceasefire Understanding, investigate this and other such incidents of deliberate ceasefire violations and maintain peace along the LoC and the WB.