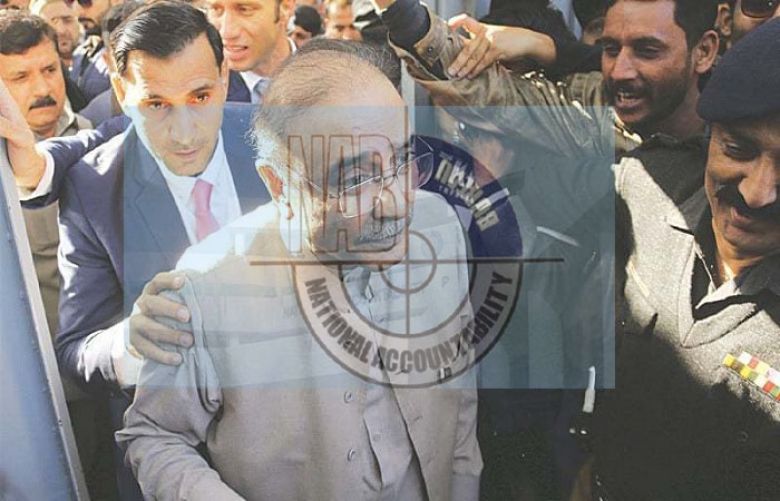 This was stated in a written reply submitted to the Islamabad High Court (IHC) by the bureau in a bail before arrest petition filed by the former president.

It stated in its reply that the PPP co-chairman is not entitled to bail and requested the court to dismiss his bail plea.

A division bench of the IHC comprising Justice Aamer Farooq and Justice Mohsin Akhtar Kayani will take up today Zardari’s petition seeking confirmation of his pre-arrest bail in the bank transaction case.

The court had granted pre-arrest interim bail to the former president in this case on June 18, 2019.

Zardari, and his sister Faryal Talpur have been facing multiple cases, based on a mega money laundering scandal involving fictitious transactions worth Rs35 billion allegedly conducted through “benami” bank accounts.