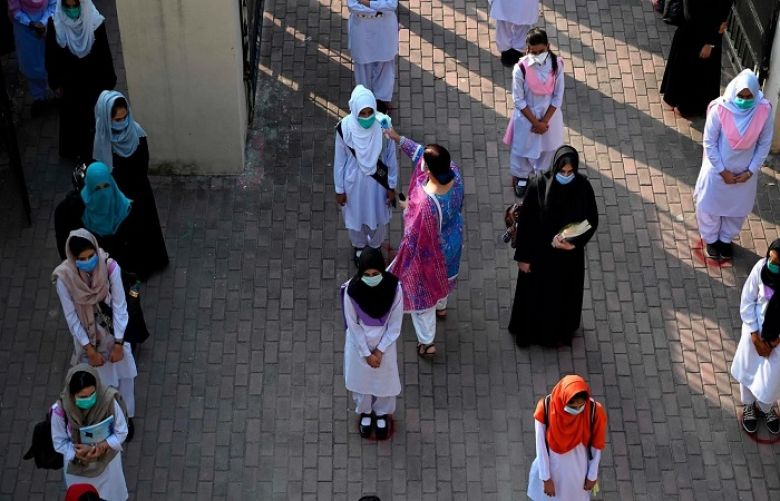 Five more schools, colleges sealed in the capital on Friday after detection of two Covid-19 positive cases in each of the institutes.

Officials of the capital administration said the Ministry of National Health Services Regulation and Coordination had ordered immediate sealing of two colleges and three schools for a period as deemed fit by the competent authority. Disinfection of the buildings and Covid-19 testing of all the exposed staff/students were also ordered.

Moreover, all close contacts of the positive patients should be quarantined for a period of 14 days.

In response, the capital administration issued directives to seal the institutes. The buildings were later vacated and sealed by the police.

Students, staff of institutions advised to quarantine for two weeks

The virus was detected among people in the institutions during random testing, the officials said, adding details of the confirmed cases were collected and the District Health Office started a process to get details of their contacts and other exposed staff and students.

The confirmed patients were asked to remain on isolation at their houses. Besides, all students and staff of the institutions were advised to remain on quarantine for two weeks.

Meanwhile, four people died of Covid-19 in the capital during the last two days. Three deaths were reported on Thursday and two on Friday.

The number of positive cases on Friday increased to 113 from 73 on Thursday. On July 15, as many as 113 confirmed cases were reported and since then number had remained under 100.