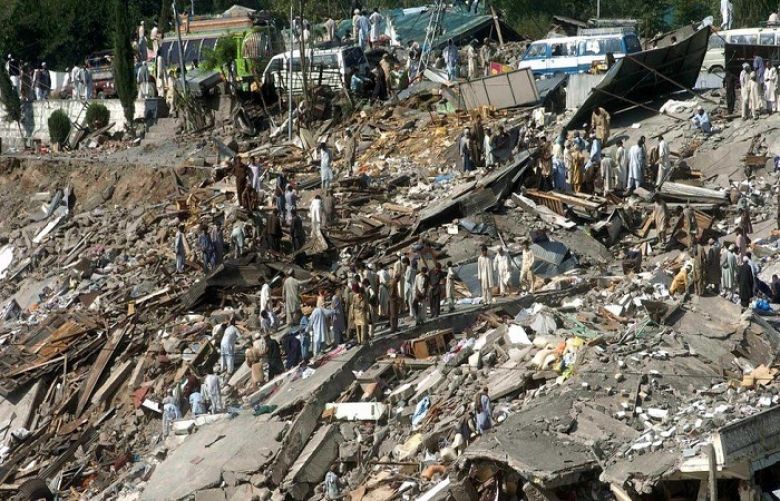 The 15th anniversary of the deadly earthquake of October 8, 2005, is being observed across Pakistan including Azad Jammu and Kashmir.

In 2005 earthquake claimed thousands of lives besides causing massive damage to infrastructure especially in Azad Kashmir and Khyber Pakhtunkhwa.

Different events are being organized in different parts of the country including Azad Jammu and Kashmir to express solidarity and sympathies with the victims of calamities.

The day started with special prayers in mosques for the martyrs and prosperity of the country.

One minute silence was observed at all district headquarters at 08.54 am.

At least 40 people died and more than 500 injured as a result of an earthquake. Around 6,000 houses were destroyed completely, while 7100 cattle farms have been damaged in the quake.