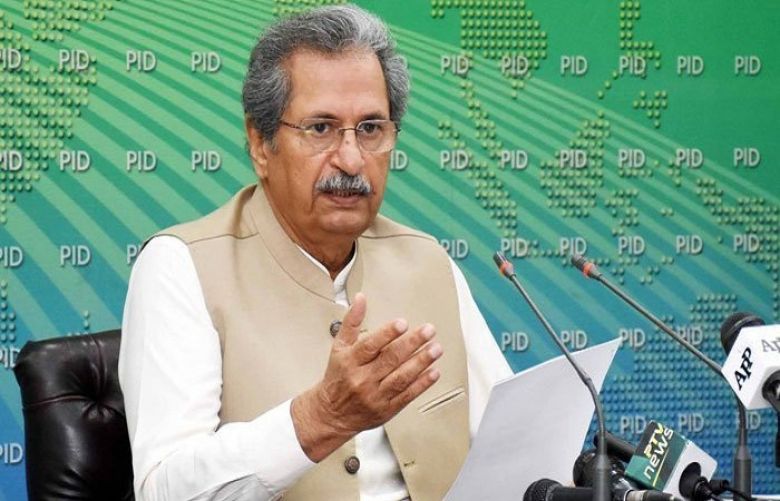 Federal Minister for Education Shafqat Mahmood said on Saturday that the government was working on a comprehensive plan for restoring activities of students in an academic environment, however, it cannot be favoured to convert educational institutions into a battleground of politics.

Shafqat Mahmood said in a statement that the restoration of student unions is an important issue and he is in favour of lifting the ban on student unions, however, educational institutions should not be converted into a political battleground.

He said that he had witnessed the positive aspects of student unions which later took over by political parties. Mahmood said that the government will soon envisage a comprehensive strategy for restoring the activities of the students in an academic environment.

While commenting over the political situation of the country, the federal minister said that the armed forces played a leading role while fighting the war against extremism for 15 years besides getting remarkable victories. He said that the role of armed forces of Pakistan should be appreciated and supported instead of running propaganda against it.