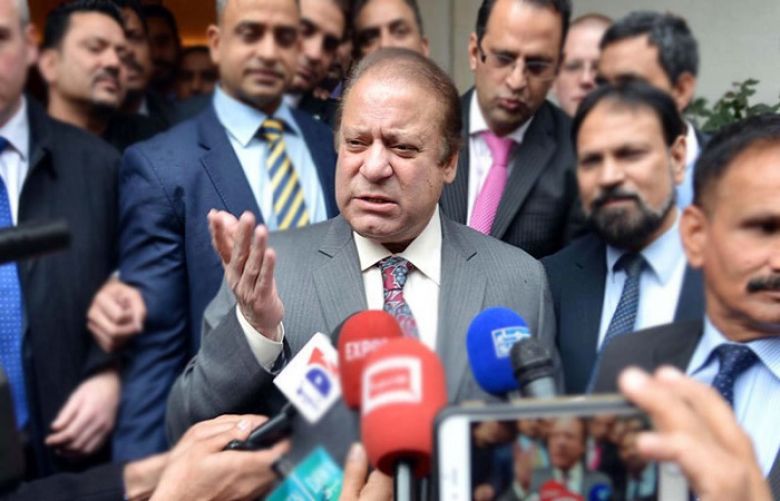 An Islamabad accountability court on Thursday ordered authorities to seize former prime minister Nawaz Sharif’s assets during a hearing of the Toshakhana reference filed by the National Accountability Bureau (NAB).

During today’s hearing, the accountability watchdog submitted a detailed record of Nawaz’s “moveable and immoveable properties” as had been earlier directed by the court.

Accountability judge Asghar Ali then ordered authorities to freeze the national and international bank accounts opened under the PML-N supremo’s name in a private Lahore bank.

Additionally, the court ordered that 1,650 canals of agricultural land in Lahore and 102 canals in Sheikhupura, owned by Nawaz, should also be seized, as well as his house in Murree.

Two tractors and the cars Nawaz allegedly obtained from the Toshakhana after paying 15 per cent of the price are also included among assets the court has ordered be seized.

The court had issued non-bailable arrest warrants for Nawaz in the case in June this year and in July directed the Foreign Office to execute the arrest warrants through the Pakistan High Commission in London.

Nawaz, through his counsel, had filed an appeal against the arrest warrants in the Islamabad High Court but withdrew it later. Earlier this month, the accountability court declared him a proclaimed offender.

The former prime minister has been in London for medical treatment since November last year. He left abroad after the court granted him bail in the Chaudhry Sugar Mills case and the Al Azizia reference (in which he was convicted for seven years).

According to the reference, Nawaz, as well as former president and PPP co-chairperson Asif Ali Zardari, had obtained cars from Toshakhana by paying only 15 per cent of the price of the luxury vehicles.

It alleges that former premier Yousaf Raza Gillani facilitated the allotment of the vehicles to Zardari and Nawaz ‘dishonestly’ and ‘illegally’ relaxing the procedure for the acceptance and disposal of gifts vide a cabinet division memorandum of 2007.

According to a rule of Toshakhana, gifts/presents and other such materials received by persons to whom these rules apply shall be reported to the Cabinet Division, indicating the nature and estimated value of the gifts. There should not be any undue delay in reporting the receipt of such gifts and those receiving should deposit them with the government.