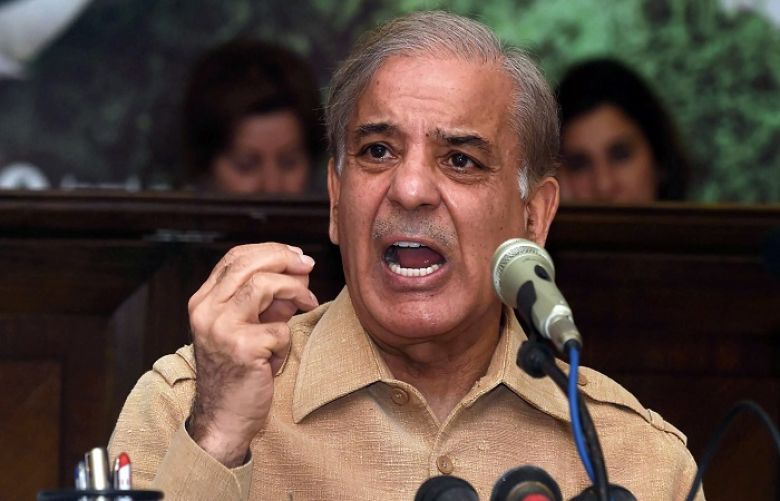 PML-N president Shehbaz Sharif on Wednesday said that although Prime Minister Imran Khan is "yearning" to see him "go to jail", it is what he considers "a small price to pay" in the service of the nation.

Addressing a press conference in Lahore, he vowed that he and party supremo Nawaz Sharif "stand by Pakistan" and will "play their role to get the country back on track".

"We have struggled in the past and will continue to do so. Even if we have to go to jail we will, it is not a big price to pay," he said.

Shehbaz warned that in the event he goes to jail, "as is Imran Khan's yearning", his fellow party members will bring forth "the entire project". "If I remain free, I will bring it to light," he added.

"We never kicked up a fuss over it before but we will address this now and are preparing a plan of action," he said, referring to the government's accusations against various members of the party, pertaining to corruption and misuse of power, besides a litany of other charges.

The PML-N leader made no other mention of the nature of the revelations he plans to "bring forth".

"Two years have passed and Pakistan's people are disappointed and have had it with this selected government," Shehbaz said, adding: "The writing is on the wall over what good they have actually done us."

"We were promised billions of dollars worth of development and rivers of milk and honey," the PML-N leader said. He said is compelled today "to must speak on behalf of this country's poor".

He said it was a matter of great regret that the price of sugar which was at Rs50 in Nawaz's tenure is at Rs100 now.

"Wheat and wheat flour was a commodity that was easily found everywhere and in abundance and now it is nowhere to be found," he said.

"Our pockets are empty [...] we cannot get our hands on diesel," Shehbaz went on to say.

Referring to the Baldia factory fire tragedy, he said that if the current trends continue, a similar fate awaited Pakistan's economy.

The opposition leader said that the government representatives "are only busy in hiding their scandals [...] their foreign funding account is an open and shut case".

Shehbaz said that despite the passage of "years", a verdict in the matter had not been announced.

"I want to say that they have levelled baseless accusations on PML-N and sought to get their revenge but they have still not had their fill. The NAB-Niazi nexus have broken all records of filing cases against us," said the PML-N leader.

He said "the whole nation knows the truth" behind the narcotics probe against PML-N's Rana Sanaullah.

"On the other hand, no one is ready to talk about Aleema baji's assets abroad. She comes with protocol to the FBR (Federal Board of Revenue) office".

Shehbaz said that no one is without fault and he admits that, but stressed that the PML-N had "worked day and night" for Pakistan and "every kid even is witness to this".

He asked why there was no probe into the Malam Jabba case and what happened to the "helicopter" inquiry.