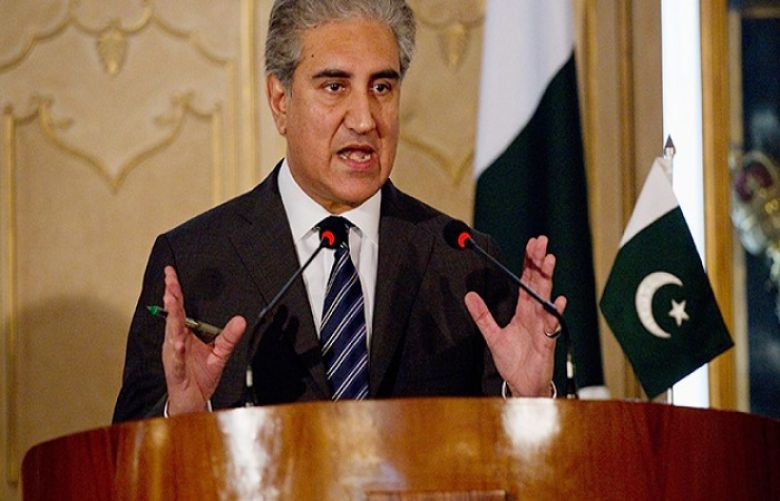 Foreign Minister Shah Mahmood Qureshi has said the long-standing Jammu and Kashmir and Palestine disputes are the United Nation’s (UN) most glaring failures.

Addressing the 75th anniversary of the UN from Islamabad via video link, he said the people of occupied Kashmir still await fulfillment of the commitment made to them by the United Nations to grant them their right to self-determination.

Referring to the UN role, he said it addressed an historic need to save succeeding generations from the scourge of war; to reaffirm equal and fundamental rights of men and women and nations large and small; and to promote better life in larger freedoms.

Qureshi said that today the UN resolutions and decisions are flouted; international cooperation, especially in the Security Council, is at its lowest; force is threatened with abandon; critical Treaties and Covenants, designed to promote development and protect the globe’s fragile environment, are discarded.

He pointed out that the very forces that led to the Second World War, racism and fascism are taking the shape of rising xenophobia and Islamophobia. “While we have seen enormous international cooperation to combat COVID-19, it has failed to unify humanity as it could have,” he said.

Highlighting Pakistan’s contributions to the world body, he said Pakistan remains an ardent believer in multilateralism and the indispensability of the United Nations and has contributed over 200,000 troops to 47 Missions in 26 countries, losing 157 of our bravest in the process. He said the country has also hosted the largest protracted refugee population.