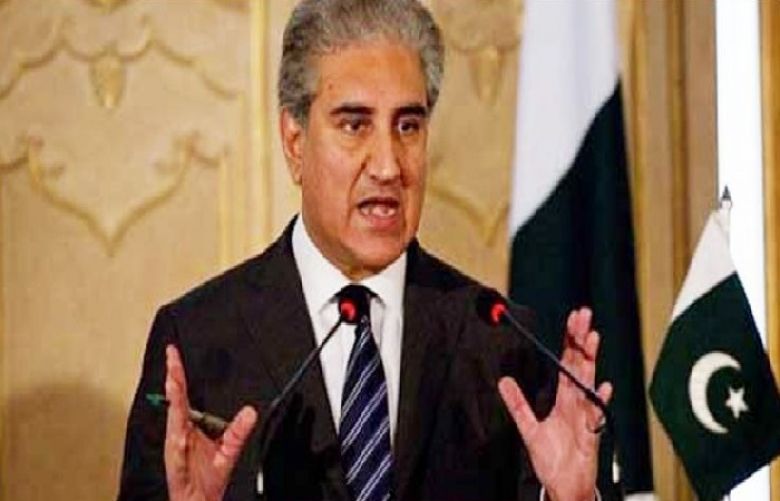 Foreign Minister Shah Mehmood Qureshi on Wednesday said that India is facing defeat at international forums due to its aggressive behaviour.

In his reax over Indian objection raised over a political map of Pakistan at the Shanghai Cooperation Organization (SCO), Shah Mehmood Qureshi said New Delhi’s objection was rejected at the SCO and added that even Russia as hosts of the summit did not second Indian objection.

Shah Mehmood Qureshi said that Indian occupied Kashmir is a disputed territory and United Nations resolutions are also there for its solution.

The FM further added that India is facing isolation due to its behaviour at the international forums. Commenting on fuming tensions with China by the BJP-led Indian government, he added that Beijing repeatedly urged for talks for the solution of the Ladakh issue, but India took aggressive position and faced defeat.

Special Assistant to Prime Minister (SAPM) on National Security Moeed Yusuf had said on Tuesday that Pakistan successfully defended its projection of the new political map in Shanghai Cooperation Organization (SCO) meeting while India’s Doval left the meeting disappointed as their objection was rejected.