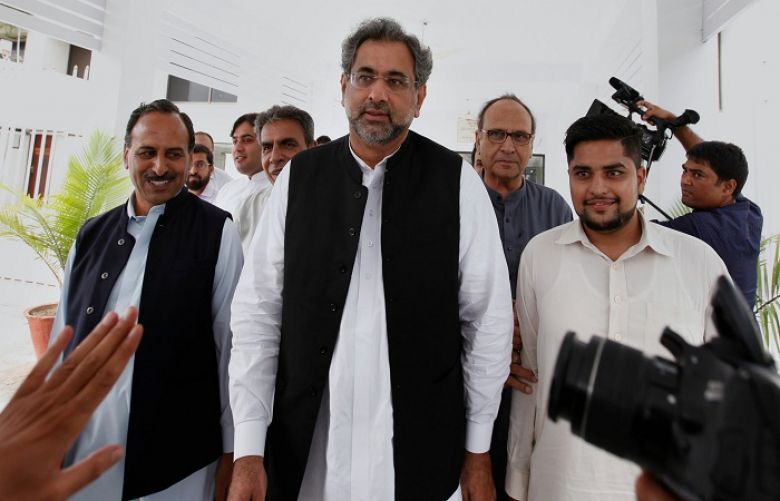 An accountability court here on Monday resumed hearing an LNG case against former prime minister Shahid Khaqan Abbasi and others.

Judge Azam Khan issued notices to five new accused named in a supplementary reference filed in the case to appear in court on next hearing on December 22. The PML-N leader was in attendance in court.

A National Accountability Bureau (NAB) prosecutor informed the judge that the supplementary reference has been filed against Ex-PM Abbasi and other accused, adding they can obtain a copy of the reference if they want for perusal.

According to the supplementary reference, the PML-N leader had been receiving funds from Trinity Company located in the UAE, said to be working with an India-based firm, Siddhart Private Limited.

A sum of $538,895 was transferred to Ex-PM Abbasi’s account in three installments from a Dubai bank, the reference revealed, adding that the UAE government provided the national graft buster with evidence in this regard as the State Bank of Pakistan (SBP) also confirmed these transactions.

However, NAB added, the former prime minister, when confronted, was unable to give a satisfactory explanation as to these transactions. It disclosed that more than Rs637 million funds were transferred to the accounts of Abbasi and his son Abdullah.

Former prime minister Abbasi, Miftah Ismail, ex-PSO MD Imranul Haq and others are facing charges of corruption over awarding a LNG import contract allegedly at exorbitant rates in 2015, which caused a big loss to the national exchequer.