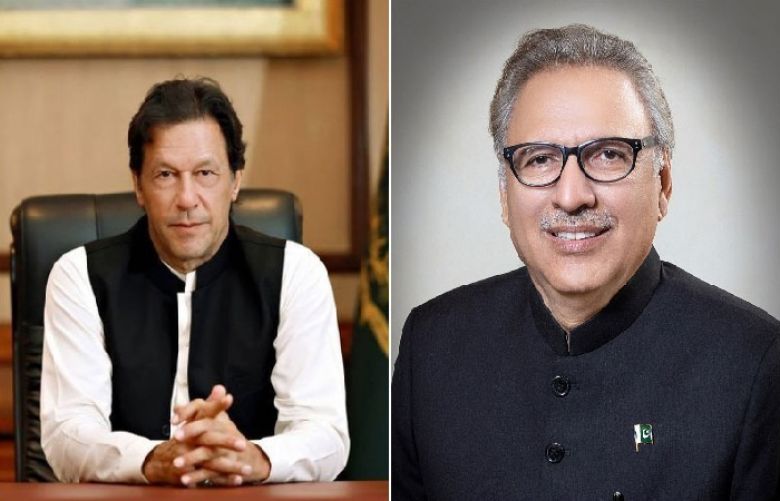 In their separate messages on the occasion of Defence and Martyrs Day, the President and the Prime Minister have expressed the resolve that we shall never compromise on the sovereignty and security of the country and any kind of misadventure by the enemy will be dealt with severely.

In his message, the President Dr Arif Alvi said we have successfully defeated terrorism and extremism and now we are on the path towards economic prosperity.

He said we have also made serious efforts with a positive approach towards securing peace in the region but unfortunately our enemy keeps hostile designs against us.

The President said we reaffirm our pledge that we will continue to support the people of Indian Illegally Occupied Jammu and Kashmir in their struggle till the realisation of their right to self-determination.

In his message, the Prime Minister Imran Khan said the nation and the men in uniform proved that it's not the size that matters, but it's the courage and devotion that matters the most.

He said with the abrogation of Articles 370 and 35-A India has not only violated the UN Charter but has also unleashed reign of terror on innocent Kashmiris.

Prime Minister Imran Khan said India is also showing aggressive posture on the Line of Control and such provocations are aimed at diverting the world attention from Indian atrocities in Indian Illegally Occupied Jammu and Kashmir.

In a message on the occasion of Defence Day, Pakistan's Permanent Representative to the United Nations Munir Akram has said as an active and progressive member of the international community, Pakistan will always support efforts to achieve peace, stability and socio-economic progress.

He said we honour the sacrifice of our sons and daughters who laid down their lives defending the motherland.

Munir Akram said Pakistan desires peace in the region and we have always sided with those who seek to promote greater cooperation and friendly relations on the basis of equality.