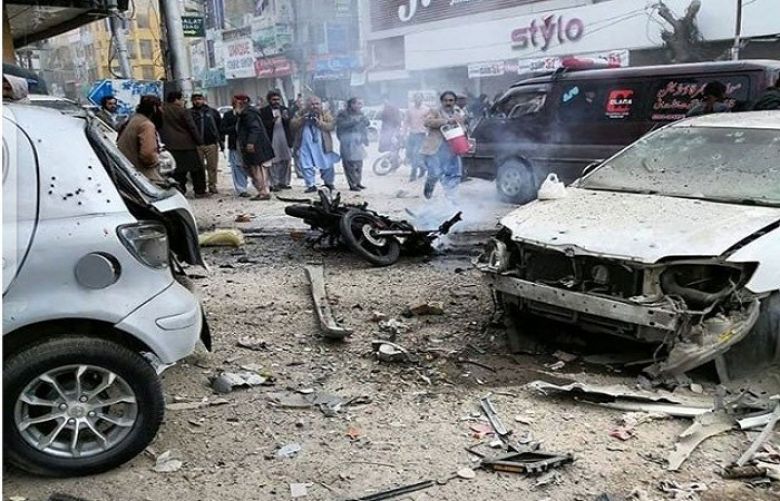 A suicide bomber, apparently targeting a religious party’s protest in Quetta, left at least seven dead and 19 injured on Monday.

The injured, three of them in a critical condition, have been shifted to hospital.

According to details, the suicide bomber was coming from Sharea Iqbal when he reached near a security protection provided to the demonstrators near the Quetta Press Club the police personnel tried to stop him but he exploded himself hitting the police vehicle.

A number of vehicles were badly damaged and scores of buildings’ window panes also shattered in the blast.

The law enforcement agencies have cordoned off the area for investigation. No group has claimed the responsibility for the blast

Balochistan has been wrecked by ethnic, sectarian, militant and separatist violence fed by a potpourri of groups.

Ambassador of Japan to Pakistan Matsuda Kuninori strongly condemned the bomb attack and expressed condolences to the families of the victims, according to an official statement.

“My thoughts and prayers are with the grieving families. Almighty Allah may give you strength and patience to bear this difficult time”, the ambassador said.

“No act of terrorism can be justified. Japan strongly condemns terrorism in all its forms and manifestations and is firmly committed to continue supporting efforts by the government of Pakistan to fight against terrorism,” he added.