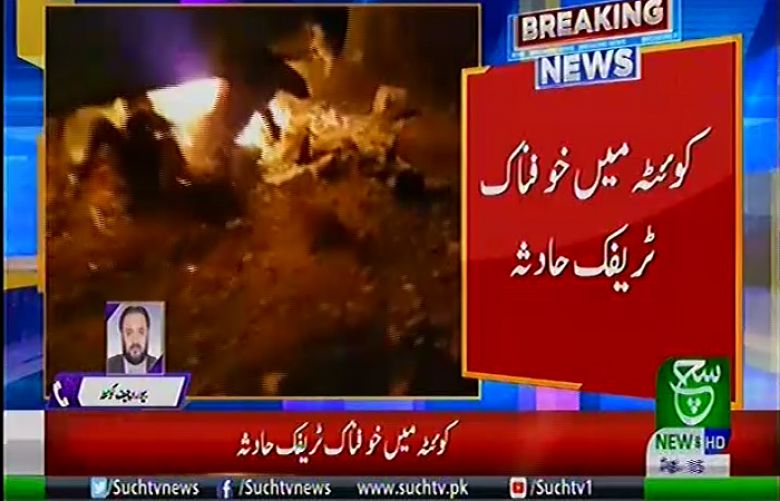 Thirteen people were killed, another sustained wounds when a coach collided with a pickup loaded with petrol in Quetta on Friday.

As per details of the appalling incident, the vehicles met a crash at Qila Saifullah Road, Quetta, resulting in death of 12 persons on the spot and injuries to another passenger, said sources.

Rescue sources said, the fire broke out after the clash between both the vehicles.

Getting the information, the rescue teams reached the spot and moved bodies and injured to a nearby medical facility.

In a separate road accident in Dera Ismail Khan on November 25, at least eight people were killed and several sustained injuries.

The incident occurred due to a head-on collision between bus and trailer.

The over speeding bus was going towards Mardan from Karachi. The injured were shifted to the nearby hospital.