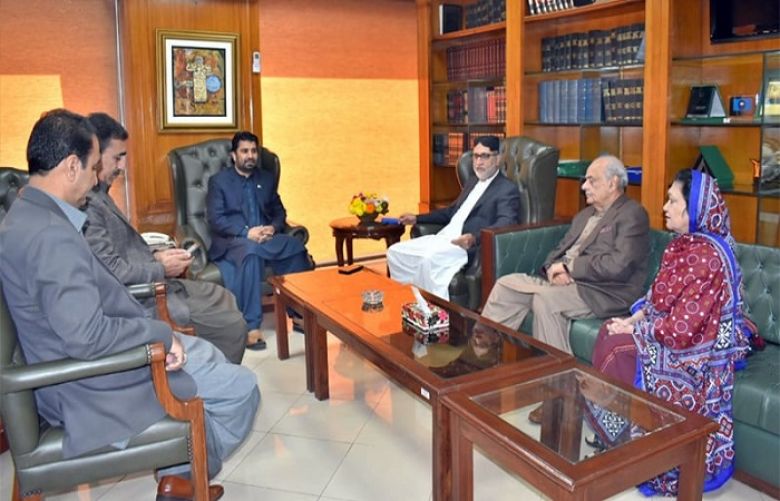 On Tuesday, the BNP-M had termed the reported arrest of the women a direct attack on the traditions of Baloch people. The party had demanded the formation of a high-level committee to investigate the incident.

At a press conference, BNP-M acting president Abdul Wali Kakar had stated that the four Baloch women were picked up from their homes without showing any warrants and put behind bars.

According to a press release issued by the interior ministry, Shah said that he had arranged today's meeting keeping in mind the culture and values of Balochistan and the with objective of finding a "positive and timely solution" to the issue.

The minister assured the BNP delegation that their efforts will not go in vain and they "will not have to face disappointment of any sort on part of the government", the statement said.

"[We] are in full contact with all stakeholders and fully understand the sensitivity of the situation," he was quoted as saying during the meeting.

Speaking after the meeting, Suri said women are viewed with respect in all matters of the Baloch culture. He noted that the arrest of women in Awaran had caused anger and resentment among the people of Balochistan.

The meeting comes a day after the NA deputy speaker directed the interior minister to take notice of the women's arrest in Awaran and come to the session to brief lawmakers on the issue.

The directives were issued after the opposition members led by the chief of BNP-M, a government ally, staged a sit-in in front of the speaker's dais.