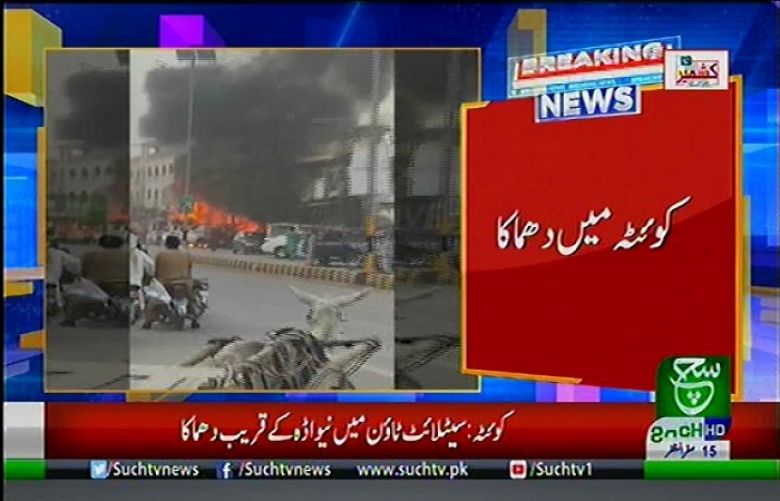 At least one person died in an explosion Tuesday here at the city's Double Road, officials confirmed, adding that 10 others were injured in the blast.

The blast occurred near a police vehicle, officials added, noting that the explosive material was installed in a motorcycle and that the deceased was a police officer.

According to the deputy inspector-general (DIG) of police for Quetta, Abdul Razzaq Cheema, a vehicle of the Rapid Response Group (RRG) was patrolling the city when it was targeted.

DIG Cheema said 10 people were wounded and among them were five RRG officers. The martyred officer was a sniper sitting inside the car, he added.

According to police, numerous vehicles — including cars and motorcycles in the vicinity of the blast — were damaged due to its intensity.

Fire that had erupted in four cars in the aftermath of the explosion was doused, rescue officials said, while police added that one rickshaw and five motorcycles were damaged.

The wounded were shifted to Civil Hospital Quetta, the medical facility's administration said, adding that three police officers were also among the injured people.