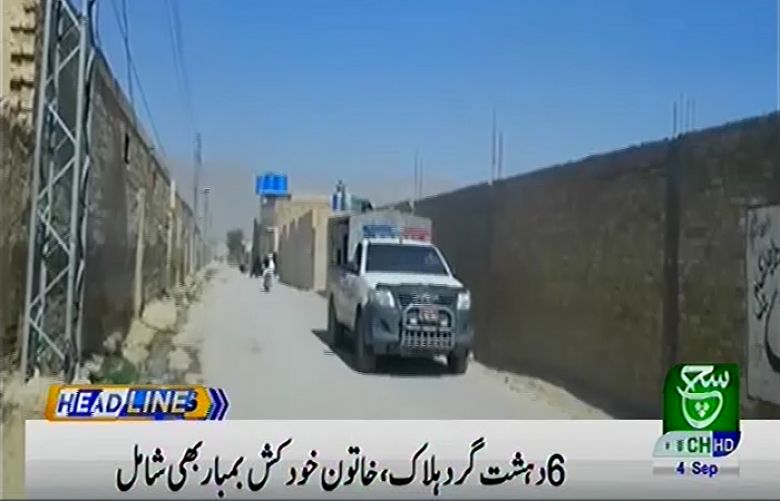 Six suspected terrorists were killed during a search operation carried out by Counter-Terrorism Department (CTD) near Eastern Bypass in Quetta on Wednesday.

Three security men were also injured in the exchange of fire with terrorists this morning at Quetta’s Eastern Bypass area. The injured were transferred to a nearby hospital for medical attendance.

Two suicide bombers detonated their explosives during the operation while four others were killed in the encounter with the law enforcement agencies, sources said.

The operation was continued for about five hours, official sources said.

The law enforcement personnel seized arms and ammunition in the operation, which was launched on an intelligence tip off.

Chief Minister of Balochistan Jam Kamal has congratulated the security officials over a successful operation.