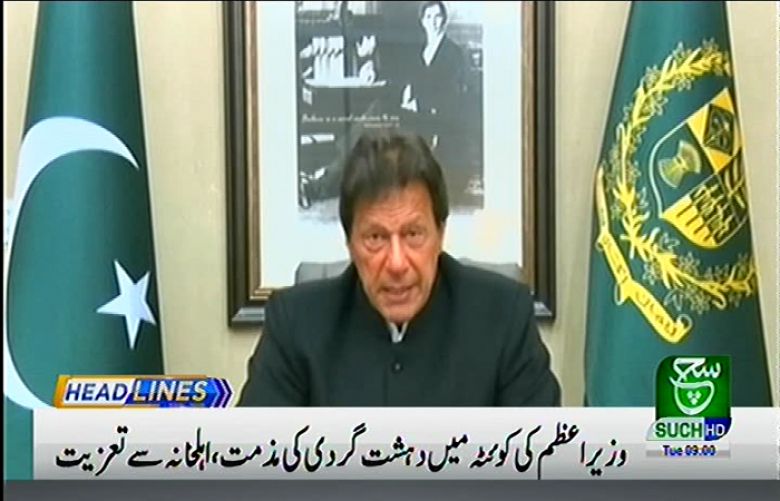 Prime Minister Imran Khan sought a report on the blast that occurred near a police van and said the country was fully committed to completely eliminating terrorism.

Praying for the martyred police officers, the premier offered condolences to the bereaved families. He advised that the wounded people be provided the best medical care and prayed for their speedy recovery.

The PM said those who target innocent people in the holy month of Ramazan did not have a religion. The nation's spirit is strong and Pakistan is determined to do away with the menace of terrorism.

Earlier, after the blast, Deputy Inspector-General (DIG) for Quetta Abdul Razzak Cheema had confirmed the death toll and said the explosives were installed in a motorbike.

Cheema had said the explosion had targeted police personnel, adding that the crime scene was secured and investigations ongoing.

The Civil Hospital's Medical Superintendent (MS) Dr Saleem had said 11 wounded persons were brought to the hospital, of which two were in a precarious condition.

Balochistan Chief Minister Jam Kamal Khan had also immediately condemned the blast and expressed over the loss of lives in its wake.

"Efforts are being made to sabotage peace under a wicked conspiracy," he had said in a statement. "Those creating instability would be fought back with full force."

The CM had vowed to improve security arrangements by reviewing them as a whole. He had also directed concerned authorities to provide the best medical facilities to the wounded persons.

The attack came two days after militants attacked the Pearl Continental Hotel in the province´s second city, Gwadar, where development of a port is the flagship project of the multi-billion dollar China-Pakistan Economic Corridor.