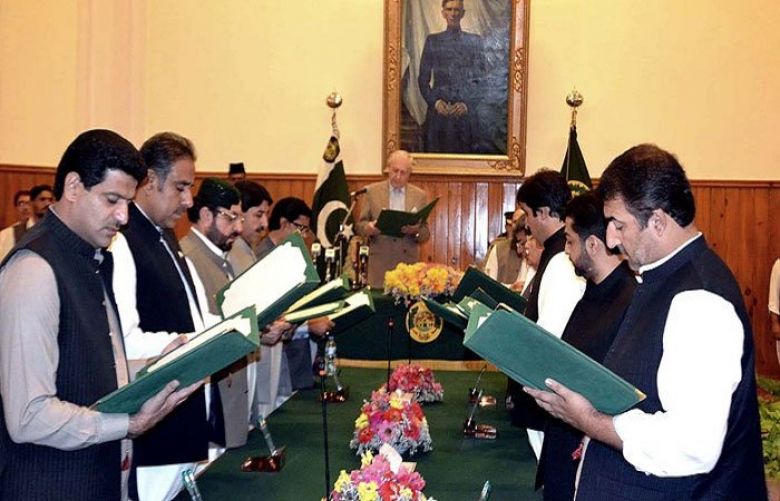 As many as 10 members of the Balochistan cabinet took oath of their office on Monday at a ceremony held at Governor House Balochistan.

Members of Balochistan Assembly, the speaker, heads of political parties, notable persons from different walks of life and secretaries of various government departments were present on the occasion.