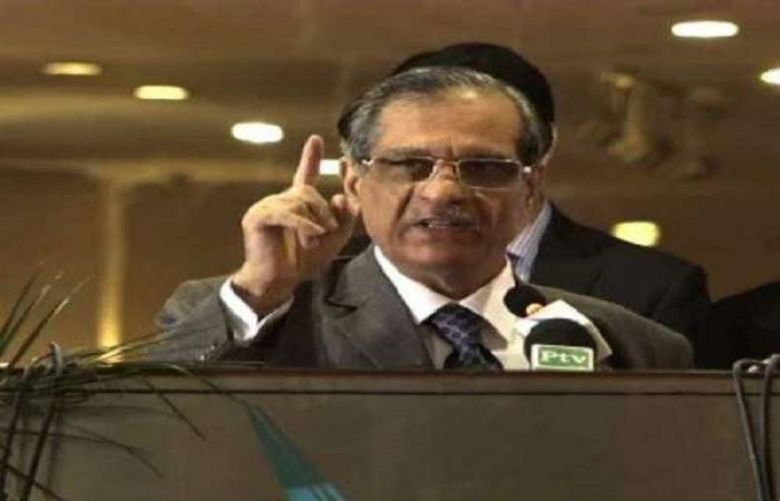 A divisional bench of the Supreme Court hearing cases on water, health and education issues of the Balochistan province was on Tuesday briefed over the existing facilities and situation in three sectors of the government.

The former chief ministers of Balochistan Nawab Sanaullah Zehri and Abdul Malik Baloch on Tuesday did not appear before the apex court at its Quetta registry after the court summoned them to inquire over the work being done in their tenures for the health and education sector.The court was informed that the two of them could not appear due to being out of town to which the chief justice extended the deadline for their appearance before the court till April 30 and directed them to appear before the apex court in Islamabad on the date.

The incumbent chief minister Balochistan Abdul Qudus Bizenjo appeared before the court yesterday.In today’s hearing, the chief justice expressed annoyance on the performance of secretary health over the health related situation in one of the biggest area wise province of the country.

The chief justice asked the secretary health as to why young doctors were not paid till yet. The doctors are paid Rs 24,000 which is even less than the driver of the apex court who is receiving Rs 35,000, the CJP said adding that all the young doctors doing house job should be given their salaries within one week.

The chief justice said that he had promised the doctors to resolve their just issues on which they ended their strike. He further ordered to halt the salary of the secretary health unless young doctors receive their salaries.“I am not satisfied with your performance, the chief justice told the health secretary during the proceedings and further asked as to from which province he is to which the secretary replied he is from Balochistan.

The chief justice directed him to work for the province and said that there are no MRI machines in civil Hospital Quetta. “The chief secretary should transfer the secretary health,” he remarked.

Moreover, the chief justice also directed to submit the water policy before the apex court and also directed the sugar mills to submit report on water provision till April 24.Giving details of education sector during the proceedings, the chief justice was informed by secretary education that over 0.4 million children were enrolled due to their efforts in schools in province in last three years and had devised a comprehensive plan which would be approved by the cabinet soon for education improvement.

The judge Mansoor Ali Shah asked as to how the situation could be improved unless the existing school infrastructure is upgraded. The secretary informed the chief justice that there are 1135 schools running under the provincial government and not all of them have all facilities.