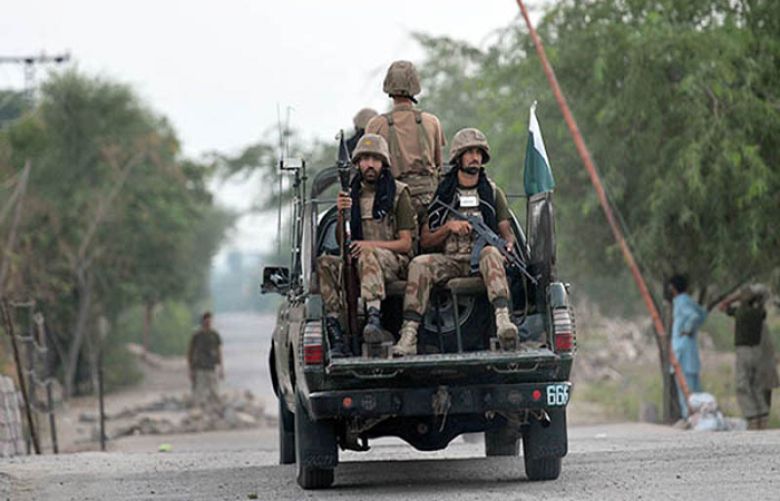 At least four terrorists were killed in an intelligence-based operation (IBO) in Balochistan’s Hoshab.

According to the Inter-Services Public Relations (ISPR), the security forces conducted an intelligence-based operation (IBO) on the hideouts of the terrorists in Hoshab.

During the exchange of fire, four terrorists were killed, the ISPR added. The statement noted that a huge quantity of weapons and ammunition were also recovered in the IBO.

In a statement issued by the the military’s media wing, the Inter-Services Public Relations (ISPR), on Wednesday, the military had been tracking terrorist groups active in the area.

They tracked a group of terrorists who had been involved in planting improvised explosive devices (IEDs) by the side of the M-8 highway and mounting gun attacks on security forces and civilians.

After pinpointing their hideout, security forces cordoned off the area before dropping troops in via helicopter.

During the operation, at least four terrorists attempted to flee the area.

But with all paths leading to and from the area sealed with drop-in military check points, the terrorists sought to fight their way out and attacked a check point.

In the ensuing heavy exchange of fire, four terrorists were killed.

Officials said that they recovered a cache of arms and ammunition along with explosive devices from the suspected hideout.