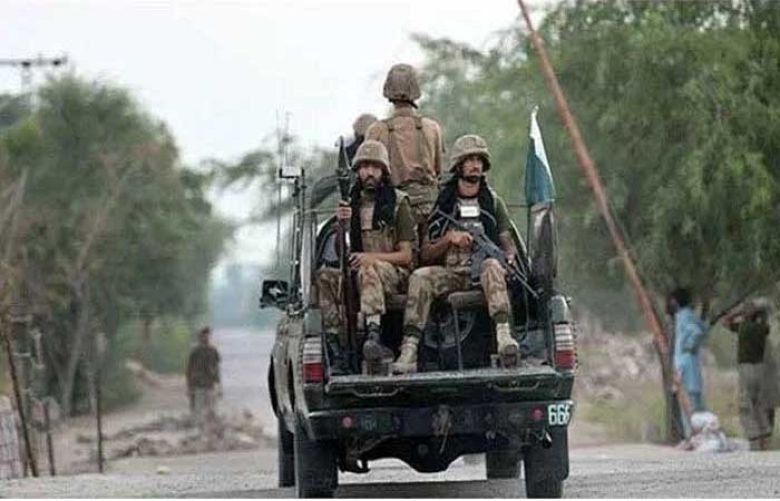 Five soldiers were martyred and at least a dozen others injured as four separate blasts hit Balochistan — two in Quetta and one each in Turtbat, Hub, and Kohlu district — officials on Sunday said as the nation battles rising terrorism.

In a statement, the Inter-Services Public Relations (ISPR) said that during an intelligence-based clearance operation — which is underway since December 24 — an improvised explosive device (IED) exploded near a "leading party" in Kohlu district's Kahan area.

Describing the incident as an "externally perpetrated threat of terrorism", the ISPR said that "such cowardly acts by inimical elements cannot sabotage the hard-earned peace and prosperity in Balochistan".

The military's media wing said that the security forces remain determined to challenge their nefarious designs, "even at the cost of blood and lives".

Following the incident, according to the ISPR, a sanitisation operation was launched in the area to apprehend perpetrators.

Hours before this incident, a grenade blast across the Shaheed Ameer Dasti police station at Sabzal Road in Quetta left four people injured including a woman and a little girl, the police said.

The bomb disposal squad was called in to the site of the blast after reports of another grenade at the site, according to the law enforcers.

The Quetta police added that two hand grenades were thrown on the road of which one exploded while the other was defused.

The police said they were determining the nature of the blast. The injured were shifted to the Bolan Medical Complex Hospital in the city, the law enforcers added.

In another incident that occurred in the evening, a blast went off near Turbat's Taleemi Chowk area, the police said, however, no loss of life was reported.

The security forces have cordoned off the effective areas and further investigations are underway.

In a shootout with terrorists today morning, one soldier was martyred, while two others got injured in Balochistan's Zhob, according to a statement issued by the ISPR.

An operation has been initiated in Zhob, which aims "to deny the terrorists' use of a few suspected routes to move across the Pakistan-Afghanistan border to sneak into the Khyber Pakhtunkhwa along the interprovincial boundary and target citizens and security forces."

The multiple blasts hit Balochistan as the nation is celebrating the 146th birthday of the founder of Pakistan, Quaid-i-Azam Muhammad Ali Jinnah and Christmas.