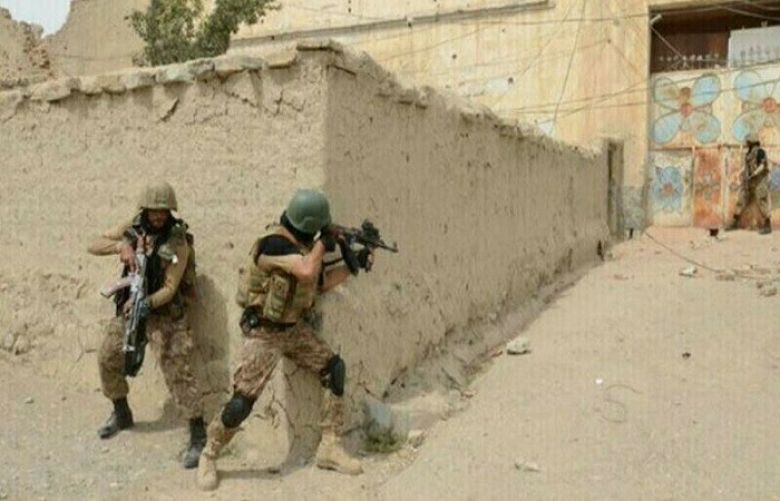 File Photo Soldier martyred in exchange of fire with terrorists

A Pakistan Army soldier was martyred and two others were injured on early Sunday during an exchange of fire with terrorists in Balochistan’s Zhob, the Inter-Services Public Relations (ISPR) stated.

According to a statement issued by the Inter-Services Public Relations on Sunday morning, the operation, launched on the basis of “credible information”, was continuing for the last 96 hours.

The objective was to “deny terrorists the use of few suspected routes to move across the Pakistan-Afghanistan border to sneak into KP (Khyber Pakhtunkhwa) along the interprovincial boundary and target citizens and security forces”, the ISPR added.

As a result of the continuous surveillance and sanitation of the area, a group of terrorists was intercepted in the early hours of Sunday, the ISPR said, adding that “during the establishment of blocking positions to deny the terrorists escape routes, the militants opened fire on the security forces”.

In the ensuing exchange of fire, a terrorist was killed while a soldier, Sepoy Haq Nawaz, was martyred. Two soldiers sustained were injured in the gunfight, the ISPR statement said.

It added that the terrorists were supported by their facilitators from across the border as well through firing and that the sanitisation operation continued in the area to apprehend the remaining perpetrators.

In light of the increase in terror incidents, Balochistan Chief Minister Abdul Qudoos Bizenjo presided over a high-level meeting on Saturday to review the law and order situation in the province.

It was decided during the meeting that strong measures would be taken to curb terrorism and security agencies were directed to keep a vigilant eye on the activities of the banned organisations.