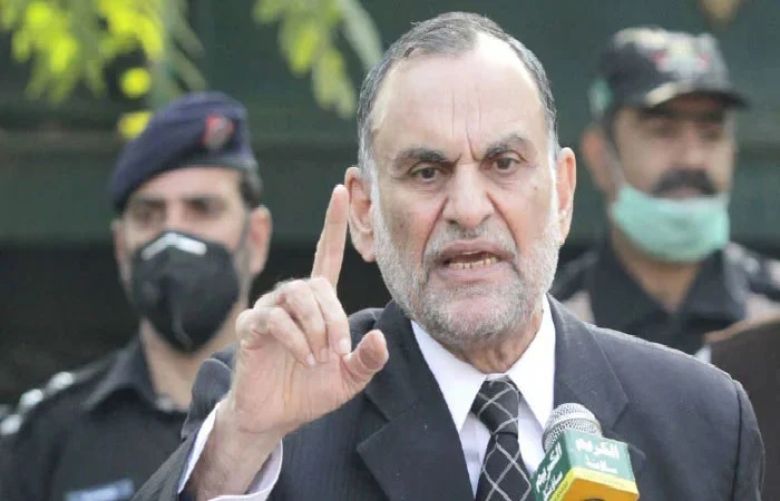 Balochistan High Court (BHC) Tuesday ordered that no more cases be registered against Pakistan Tehreek-e-Insaf (PTI) Senator Azam Swati, who is facing charges of slander against military officers in his tweets.

A two-member BHC bench consisting of Justice Kamran Khan Mulakhail and Justice Aamir Rana passed the order on a petition seeking the termination of cases against Swati.

The petition was filed by the PTI leader’s son Osman Swati.

Moreover, the court has also sought a written report of the cases filed against the ailing Swati from the police chief.

On Sunday, a Quetta court handed over Swati to police for a five-day physical remand in the case. The PTI lawmaker was arrested by the Balochistan Police from Islamabad and brought to Quetta.

At the time of his arrest, he was already on judicial remand in Adiala Jail, following his detention for a second time in the case of a controversial tweet on November 27. He was then shifted to Quetta under a transit remand acquired by the police.

Swati is booked in multiple cases across the country for his controversial tweets against military officials.

He was first arrested in the case of a controversial tweet on October 14, after he posted a highly-hateful and threatening message against the army chief, judiciary, and other state institutions, on his official Twitter account.

The senator secured bail in that case.

But on November 27, FIA once again arrested him for using abusive language against the top military brass including the former army chief.

PTI has been condemning his arrest and "torture" under custody, while Swati also approached the Islamabad High Court (IHC), fearing "custodial killing".

His latest arrest by Balochistan police was condemned by PTI Chairman Imran Khan, who claimed that despite "severe chest pain and breathing issues" Swati was taken away from the hospital by Quetta police and moved to an unknown location, “endangering his life”.