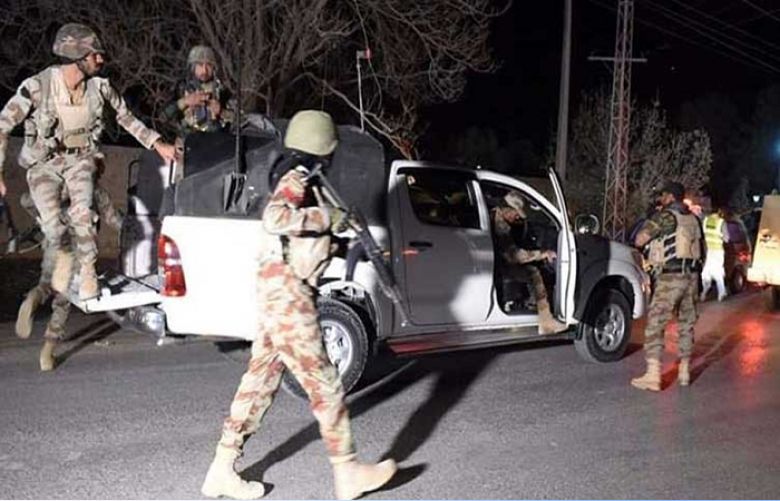 At least ten terrorists have been killed in an intelligence based operation by security forces in Hoshab area of Balochistan.

According to ISPR, these terrorists were involved in firing incidents, targeting security forces and civilians besides planting of improvised explosive devices on Motorway, M-8.

One terrorist was also apprehended in injured condition during the operation, while two terrorists managed to escape.

A heavy cache of arms and ammunition, including improvised explosive devices have also been recovered from the terrorists.