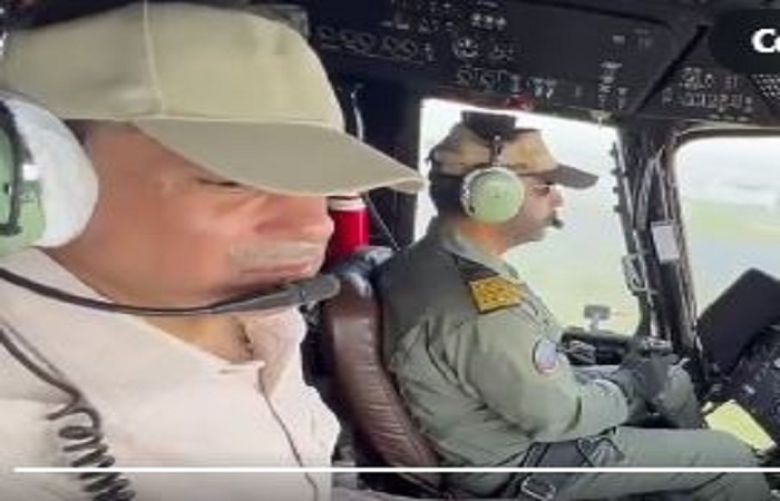 Prime Minister Shehbaz Sharif on Wednesday warned of a perilous outbreak of water and vector-borne diseases while ordering the rapid dewatering of the flooded areas during his visit to Balochistan's Sohbatpur district.

"Infectious diseases are spreading in the flood-affected areas. Controlling the outbreak is crucial," the premier said.

PM Shehbaz cautioned that dealing with disease outbreak will become difficult if measures to limit the spread are not taken.

Appropriate steps should be taken for dewatering with the help of additional machinery and resources, he stressed.

Balochistan chief secretary, while briefing the prime minister on the ongoing efforts to deal with flood-related damages, said that 128 roads in the province were dilapidated, out of which 91 have been restored. He further stated that a plan of Rs11 billion has been worked out for livestock rehabilitation.

He directed the authorities concerned to ensure the availability of drinking water and life-saving medicines on priority in Sohbatpur’s area of Balochistan, severely damaged by floods.

The prime minister reviewed the relief arrangements and later addressed the flood victims in the area.