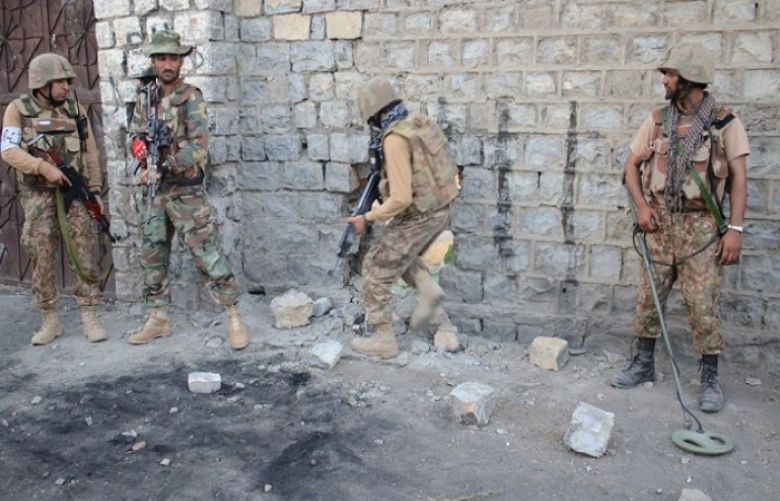 In a statement, the Inter-Services Public Relations (ISPR) said terrorists fire raided a security forces post in Harnai’s Khost area on late Saturday night which was successfully repulsed by soldiers.

The armed attackers attempted to flee after ambushing the forces, the ISPR said.

“The escaping terrorists were pursued into the nearby mountains and an exchange of heavy fire ensued, and as a result, two valiant sons of soil, Naik Atif and Sepoy Qayyum embraced martyrdom,” the statement added.

It said the gun battle also left Major Umer injured, while causing losses to the terrorists.

On Saturday, an army soldier was martyred in an IED blast in Lower Dir as militants stepped up attacks against security forces in Khyber Pakhtunkhwa.