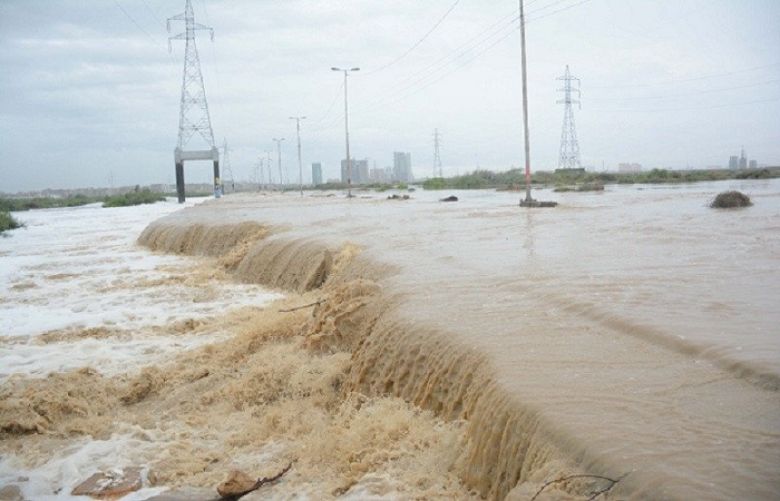 Heavy rains and floods have unleashed devastation in Balochistan and Khyber Pakhtunkhwa, leaving 19 more dead and hundreds of others stranded in both provinces, disaster management authorities said.

Relentless monsoon rains have pummeled the country and spelled disaster in towns, cities and villages alike.

The Pakistan Army, Frontier Corps have been aiding the civil administration in rescue and relief operations in the provinces.

Meanwhile, Prime Minister Shehbaz Sharif departed for Balochistan to visit the flood-affected areas of the province and review the rescue and relief operations in the province, Information Marriyum Aurangzeb said on Saturday.

She tweeted that the premier had reached Jacobabad where he was briefed by officials of the National Disaster Management Authority (NDMA) and the chief secretary of Balochistan.

After Balochistan, he will also visit Punjab and Sindh.

Balochistan in particular has seen uncharacteristically heavy rains during the monsoon season this year. In the last 24 hours, nine of a family drowned after they were swept away by the floods, the PDMA said in an update.

The deceased include seven children and a woman.

According to Balochistan Chief Secretary Abdul Aziz Uqaili, since June 1, rains have taken the lives of 124 people and damaged 10,000 houses in the province.

At a press conference on Friday, he revealed that floods damaged approximately 565 km of roads and 197,930-acre of agricultural land while 712 livestock also died.

He said 17,500 people affected by heavy rains and flash floods were rescued while the federal and the provincial governments have announced Rs1 million compensation for the deceased.

Section 144 has been enforced in the province and the citizens have been advised to avoid unnecessary travel for 10 days, Uqaili added.

Meanwhile, the road link of Balochistan with Sindh was completely cut off after a bridge and a road connecting the two provinces were damaged in Lasbela and Khuzdar, respectively.

Traffic on the Quetta-Karachi highway was still suspended due to collapsing of major bridges and sweeping away of big portions of the highway.

Separately, trade between Pakistan and Iran was suspended after rains and flash floods washed away Quetta-Zahedan rail track at various points

A rescue operation by the PDMA and the Pakistan Army is underway in the province. On Saturday, relief goods were sent to flood-affected people in Quetta, Nasirabad, Jaffarabad, Dera Bughti, Khuzdar, Noshki and Kila Saifullah.

In Khyber Pakhtunkhwa, at least 10 people were killed and 17 injured in floods and roof collapses, according to a report issued by the Provincial Disaster Management Authority (PDMA).

It said that in the last 36 hours, nearly 100 houses were completely damaged in the floods leaving residents stranded in waist-high water and no roof. The most-affected areas include Khyber, Mansehra, Lower Dir, Buner, Swabi and Dera Ismail Khan.

The PDMA has warned that there were high-level floods in the Kabul and Jandi rivers and instructed administration to relocate people living in neighbouring areas.

It added that the public could reach out to 1700 in case of an emergency situation.